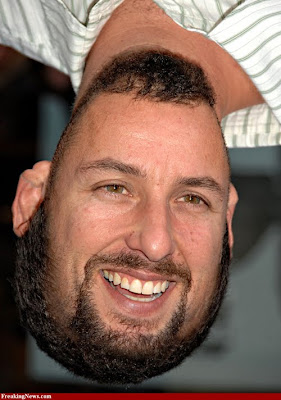 Adam Sandler was one of the most talented comedians of his generation, and then he made this list. Sandler made his name on SNL in the 1990’s as a writer and actor. He was first known for songs such as the “Chanukah song” and had a burgeoning film and television career throughout the decade, starring in films such as “The Waterboy,” “Billy Madison” and “Happy Gilmore.” He was the quirky, angry, one-dimensional character actor that America adored. His self-hating everyman person became a cash cow, and his funny disappeared.
When pucca shell wearing frat boys and crippled grandparents all find someone funny, it automatically kills their actual funny. The casualty of Adam Sandler is a tale as old as time — almost a requirement in the career trajectory of mega-successful comedians. He tried to get serious.

In 2007, Sandler thought it wise to lend his talent to “Reign Over Me,” a movie Columbia thought out no further than “he lost his family in 9/11.” In 2009, Sandler addressed his plummet into irrelevancy and humorlessness in the aptly named “Funny People,” essentially playing himself as a depressed, washed up, shtick-ridden comedian.