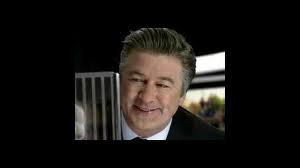 (By the way, gentlemen, we hope you're wearing your tuxes. It's after 6 p.m.)

Baldwin established his new (verified, obv) Twitter profile on Friday afternoon, which you can follow at @Alec_Baldwin. As of this writing, he follows ten twitter accounts. The elite few are Purpose.com, its founder Jeremy Heimans, and a guy named James Slezak, who is in charge of business strategy and environmental ventures for the site.
He also follows NBC, NBC's official "30 Rock" account, co-star Tracy Morgan, and Jane Krakowski's character's account, @JennaMaroneyTGS. (Who knew Baldwin was a fan of the role-play? Well, some people probably knew.)

He spent his first few tweets reflecting on the amount of alcohol consumed the night before, a "Hunt for Red October" drinking game, and sharing a playful inside joke with his niece, Hailey Baldwin -- his brother Stephen's daughter.

Later, Baldwin heard of the fact that Jared Lee Loughner, the man charged with the Arizona shooting that killed six people and injured U.S. Representative Gabrielle Giffords, has been declared unfit to stand trial after an outburst in the courtroom. Baldwin isn't convinced.

"Outburst in the courtroom. Spooked the court shrinks. Damn... You can pick up that trick watching LAW AND ORDER."

The man can get in an NBC plug anywhere.

Source:blog.zap2it.com
Posted by admin at 4:53 PM