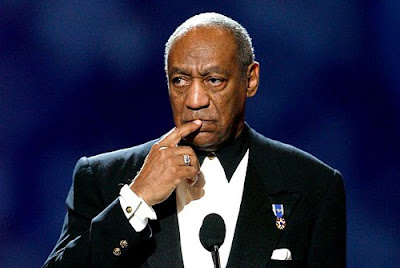 What made Cosby so remarkable was his ability to be completely hilarious while never getting dirty, manic or indulging in slapstick. And how about those sweaters? They were beautiful.
Cosby got started on the 1960′s dramatic adventure series “I Spy,” as well as being featured on “The Tonight Show,” and was given national exposure proving him a fine, funny fellow.

What is most touching about Cosby is how much he used his influence to try to give back. In both films and television Cosby always sought to promote not only his own hilarity, but also positive examples of black life and education.

In the 80′s Cosby, along with NBC put out “The Cosby Show.” It was a monster hit, and the Huxtable family was beloved by America. It wasn’t soon after the show’s completion in 1992 that Cosby began losing his funny.

Cosby’s loss of funny is so tragic because it was lost just being Cosby. Once Cosby semi-retired he got much more involved in the issues of importance to him. He chastised other comedians (most notably Eddie Murphy) for being too foul-mouthed. He blamed black people’s actions and attitudes for a lot of their present circumstances in America. Essentially, he just got too serious. It was a shame, but it happened. If you see him now, tell him to have a coke and a smile and to shut the fuck up!