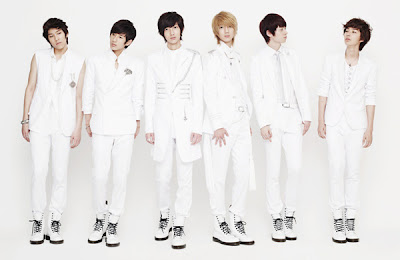 The boys classify themselves as a ‘New Wave’ band, and are comprised of six members who are literally aiming to be the boyfriends of their fans through their title track, “Boyfriend.” Brave Brothers aimed to bring out the unqiue vocal colors of each member through a memorable rhythm line and sweet lyrics.

Check out their debut stage below!

source: allkpop
Posted by admin at 2:02 AM