Stars line up to help Cheryl Cole break US 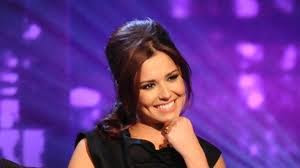 Grammy award winner John Legend is the latest US star to volunteer to help Cheryl Cole make it big in the States.

Grammy award winner John Legend is the latest US star to volunteer to help Cheryl Cole make it big in the States.

Legend told a tabloid a newspaper that he believes that the Girls Aloud singer could go on to become a big star in the States.

He told the Daily Star: "Whatever Cheryl needs, I'm glad to help. But I'm sure she will be fine.
"It's big her getting the job on the X Factor USA. A lot of people don't know her in the States, but they will now."

However, he admitted he won't actually be watching his pal Cheryl on the TV talent show.

He explained: "I'm not much of a talent show watcher so I won't be tuning in personally.

"When you do it professionally, it's hard to watch talent shows, but I know it's good for everybody else so I'll just be a little snob in my corner while the rest of the world is tuning in."

Speaking of how he would like more gigs in the UK, he added: "I've done a festival everywhere but in the UK.

"I heard the track I did with a Magnetic Man song went down well in the UK which I'm happy about.

"I was there in November with The Roots, and that was fabulous. We played Jools Holland which was a lot of fun."
Source:
Posted by admin at 8:17 AM