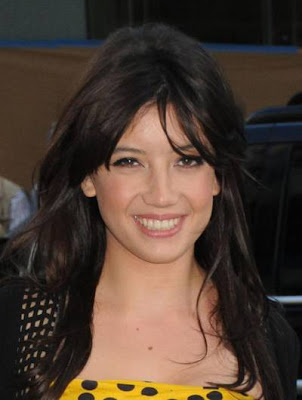 Daisy Lowe has reportedly landed herself a film role whilst partying at the Cannes Film Festival. The 22-year-old model, who is dating Doctor Who star Matt Smith, 28, apparently caught the eye of several movie makes on the French Riviera. A source told the Daily Star, “Daisy has a tiny part in a new film called Geography Of The Hapless Heart. “One producer was shocked at how good her acting was despite her small role. “They all think she’s a rising star in the movie world and will overshadow her fella before we know it.”
Posted by admin at 8:50 AM