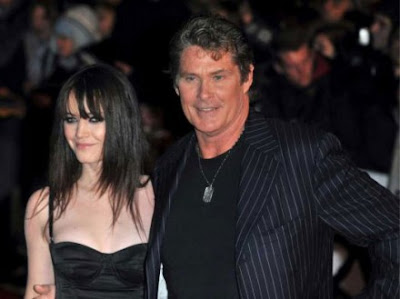 London, May 27 (PTI) ”Baywatch” heartthrob David Hasselhoff believes he has healing powers after his motivational message helped a youngster emerge out of coma.The 58-year-old star said his positive thinking has saved thousands of lives, reported Daily Star online.The actor also recalled an incident where he spoke in the voice of his ”Knight Rider” character Michael Knight in a bid to help an ill child.”The upside of being in showbiz is being able to hold the hand of a kid who is dying, you know. I did a tape for a kid saying, ”Hey buddy, it’’s Michael Knight, Michael Knight, come on, wake up, wake up, wake up”.”The phone rang and they said, ”Remember that kid you did the tape for that was hit at that crosswalk in London? Well we played the tape for him and he came out of the coma,”” said Hasselhoff.The actor, who later met the child, claims that such miracles have happened to him many times.”I went, ”Whoa, whoa”. He said, ”We played it once”. I met the kid at the hotel afterwards. I don”t want to be corny or anything but that’’s happened to me a thousand times all around the world because it can affect people in a positive way,” Hasselhoff added.
Posted by admin at 4:09 AM