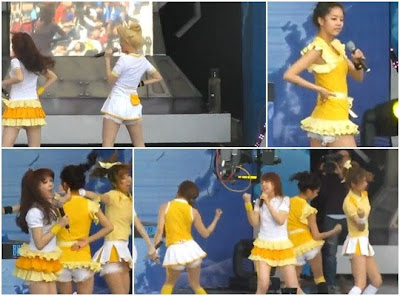 Girl’s Day recently got themselves into a small controversy with their netizen-titled “diaper fashion” on stage. Their company, DreamTea Entertainment, recently set out to explain the situation.

On May 30th, the company spoke to Star News and said, “At the location of the performance, the shorts did not come off obscene; however, netizens caught some provoking captures, which resulted in misunderstandings.”


They continued, “We’ve been promoting with these outfits all this time and no one made any type of criticism towards them until now. Nevertheless, we are currently revising the outfits as a response to the controversy.”

As unfortunate as the screen caps are, the girls are trying to move forward and focus on their upcoming mini-album, which will be released in late June.