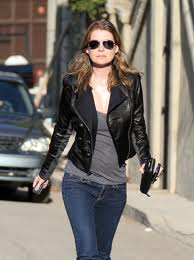 Doctors come and doctors go at Seattle Grace Hospital but would Grey's Anatomy be the same without . . . Dr. Meredith Grey?

Like T.R. Knight and Katherine Heigl before her, there is buzz that Ellen Pompeo may leave the hit ABC show. Although rumor became reality for her former costars, the new mom is quick to clarify her possible exit.

"I haven't said I'm moving on," she tells Extra. "I said that when my contract is up after season 8 in two years, I would probably not renew. I think the world has had a lot of Meredith Grey."

Does that mean someone will die? According to Pompeo's costar Chandra Wilson, who plays Dr. Bailey, it does.