CommodityFetish
Yep, another example of Apple coercing developers (and users) into using their app store. "The choice is yours, either:

1. use our app store and your app is a first-class citizen of OS X!

2. don't use our app store and your app is a second-class app that will not be able to work like first-class apps -- now they can't even be deleted in the same way..."


Will it be any surprise that eventually the second-class apps will be eliminated and the only option will be apple's app store. Classic proprietary monopoly tactics.

But this will become confusing to some. Some will ask why can I delete some apps this way and others I have to move manually to the trash?

My girlfriend complained the other day that installing new programs is a bit of a pain. I showed her the app store and her response was but what if the programs I want is not in the app store? In this case VLC.

Hmmm... not really. I hate marketing. Nothing they say will change that. They also need to stop calling the iPad "magical". It really isn't. It's very nice, but not magical.

*LTD*
This is cool to look at, but it's just a workaround for what should be happening... the Apple TV should run apps / play games. It's an iOS device. There's no need to get crazy with wires hanging off the side of an iPad.

While I like seeing developers getting creative like this, I don't consider this mainstream gaming. An iPad 2 is $500. A PlayStation 3 is much cheaper.

Play a great, touch-enabled version of Dead Space - pretty much a landmark in touch-based gaming, then quickly check your e-mail and then pay a bill through your banking app.

All from the same device. The iPad does a lot things, but it actually does them well. That's pretty significant.

Ace25
The best option (besides a rental model, which we know is not going to happen) would be to release a media center (iTheatre, iHome, etc.) that has a 250GB or 500GB hard-drive. All the movies could be downloaded through the GUI on the TV!

Then, if you ever were to need them on your laptop you could transfer them via firewire to up to 5 computers at one-time (just like your purchased iTunes music.)

The Captain
Because pros don't need features to make their life easier, and help automatically organise footage?
No professional would let the software identify their subjects. Features like this do nothing to lighten the workflow of their productions. Only amateurs would allow an algorithms to determine what gets logged as what. Regardless of how the rest of the program turn out, the facial recognition is something only amateurs will use. Professionals have a higher standard of quality, and more complex needs than that.

I have to order a new workstation in the beginning of dec.
I want the Powermac in a top config with the 30" Display.
Now I wonder to wait the release of the 8core system for two reasons:

If the price will be equal to the actuall one of the quad 3Ghz: Fine, I ll buy the mac pro with clovertown

If the clovertown system will be much more expensive than the actuall 3 ghz, maybe the 3 ghz will get a little bit cheaper. So i will buy the 3 Ghz system.

Sorry for my bad English, I m working on it ;)

MacRumorsLive.com (http://www.macrumorslive.com/) will provide live coverage of the event starting at 1PM EDT (10AM Pacific). No need to reload the page, updates will appear as they are posted. In January, our system successfully delivered updates to over 100,000 (http://www.macrumors.com/events/mwsf2006-stats.php) simultaneous visitors.

More photos of banners posted at WWDC have been circulating. Apple appears to be taking on Microsoft's upcoming Vista operating system directly with banners that state:

We will continue to provide any last minute updates leading to the event.

Also considering that they have built in video for the laptops I can't see Apple going of Intel any time. :)

Lord Blackadder
The gist of the statements currently coming from UN-mandated coalition members seems to be that once that "all necessary measures" have been taken to protect Libyans under attack by Gaddafi loyalists, the coalition military will simply seek to maintain that protection. Any political progess from that point on will have to be negotiated between Gaddafi, the Arab League, and the UN.

It will be important to get the Arab League onboard, but just now they are pretty distracted with internal instability and rarely agree on anything anyways. They neither want to keep Gaddafi around nor show him the door.

SiliconAddict
People and their meroms :rolleyes: Anyone would think the messiah is coming :eek:

Imagine Steve Jobs announcing the G6. Its about on par to that. I don't think people realize what Core 2 is going to do for laptops. Faster performance at the same or lower power consumption that is found in the MBP? Yah what's not to like. I just wish my MBP was ZIF socketed. :( Oh well.

PaperQueen
The first is the dermaSHOT (http://www.myincipio.com/product/IPOD_TOUCH_IP-900/iPod-touch-4G-dermaSHOT-Silicone-Case---Black.html). I am worried, however, that I will have the same problem with lint-magnet, because it is also made of silicone. Any ideas there?

That�s the case I have (see my notes in post #44 of this thread). It�s not �sticky� so no problems grabbing dust or lint...at least I haven�t had any problems that way.

My only concern is that it�s not as snug top to bottom as it should be. Not so loose it�s going to slip out, but feels like there�s a little play in it when you push the power button off and on. 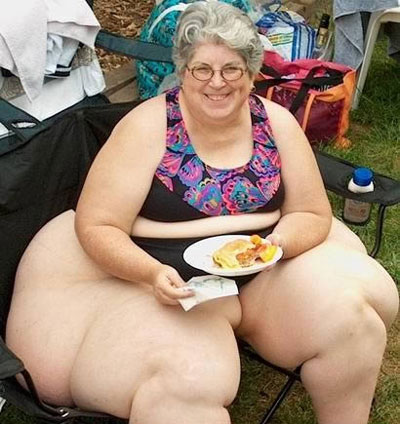 antster94
Fairly predictable, still good to hear though. Heres hoping for an i7-2600!

I see what you mean from a design standpoint though, inelegant might be a better word. But it just makes too much sense not to do it. I hardly EVER use my optical drive. Why am I carrying it everywhere I go?

Point taken.
But still, I just don't think an external optical drive is a good idea. Reminds me of the days when I used those external CD drives where I had to put the CD in a cartridge before putting it in the drive...
I think the point I'm trying to make is that it makes it too complicated to the end user, having an accessory that's optional but a necessity at the same time.

4God
If I remember correctly, Job's intent of the Mini was BYOM,K,M.
(Bring your own monitor, keyboard and mouse) The mini is for those
who already have these things. Get an iMac instead. In other words,
I see no need for a 17" monitor - especially wide screen. :rolleyes:
A 17" iMac would be less expensive than a Mini and a 17" monitor plus
you would get dedicated graphics. 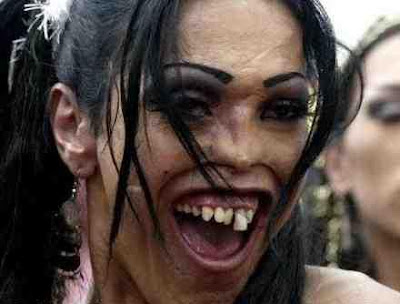 Graeme43
Diesel is still noisy and stinky though! Every time I am in my car and a diesel goes infront I can smell it and it kinda hurts my nose as it "smells hot" if u know what I mean :confused:

Plus my 2T petrol has just as much or more torque than a diesel and has double the horsepower :D

Apple OC
Wow, that is a shocker.

The U.S. Congress passed a law to prohibit any attempt to assassinate any foreign leader.

Not really an attempt to assassinate :cool:... just trying to scare him a bit :cool:

FearNo1
How is this "common knowledge" when apple supposedly added this all seeing eye feature in 2010? And with al bore on apple's board, that is even more reason to be concerned...

http://www.bbc.co.uk/news/technology-13145562
The men claim that the facility to record users' positions was added with the iOS4 software update, released in June 2010.

Really? This is common knowledge and is legal. All cell phones have this backdoor built in. Al Gore is on Apple's board. This became law in 2001. 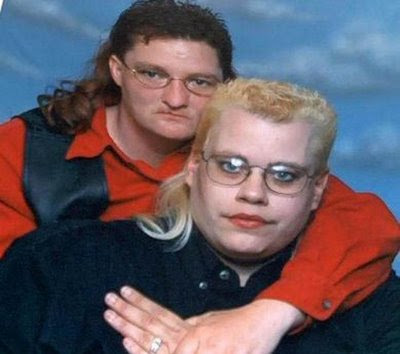 bob_hearn
MacOSXrumors??? There is, if anything, negative correlation between their predictions and reality.

What Apple had damn well BETTER announce then is Merom MacBook Pros. It's inexplicable that they have not done so already.

it takes so long to get to where you want to go and to see what it is your picking you have tp serch for some visual heirachy that is not productive. ipod has this lower coeficecnt of visual digestion.

dguisinger
It may not be true that they broke even, it's just something I thought I heard on a tv interview...

Sony is selling the PS3 at a loss as well, Nintendo I'm sure is making money on the Wii...

I don't think Sony has the best plan, if they did they would have launched earlier, had more units at launch & not be so overpriced...

Actually, I'll make some corrections for you:
Sony is losing $241 (source: iSuppli) on each PS3 at RETAIL pricing. We all know that Sony sells to distributors who sell to retailers, all of whom profit, so if you accept a 30% combined margin you are talking well over $300 loss per console. Their games are also in the $70 range to make up for it.

iSupply also states that the xbox 360 costs $323 for the premium unit to build; at $76 less than the retail price. After the channel margins are taken out, Microsoft is breaking even. Microsoft is already a year into things, and is about to release a cheaper xbox 360 using 65nm parts, which will save them even more. All in all, Microsoft is looking fairly good this time around for turning a profit. Infact, in an interview this past week I read that the Entertainment division would have turned a profit this year if it wasn't for the Zune.

The Xbox 360 and Wii also both have very high software attach rates (I've bought 5 titles already for my Wii); and Microsoft i'm sure is making a killing on Live.

MarcelV
Apple was offering 14.50 wholesale for the 14.99 movies and the studio's don't agree. That's more than they receive wholesale from Wal-Mart and Best Buy. Also, collectively it looks like they are not agreeing with those prices. Looks to me as price fixing. The studio's want to set the individual prices for movies to consumers, and to me it looks like they are forcing same prices on Amazon, MovieLink, CinemaNow and iTunes. That's dangerous waters for them......

As for picture quality and HD, the market doesn't seem to be there at all. VOD on cable and satellite has become a huge market, and those aren't HD either. In addition DirecTV and DishNetwork use 'HD-Lite' (1080x1280 in stead of 1080x1920) on most if not all of their HD channels. And SD channels are heavily compressed in the digital line-up on both cable and satellite. Most consumers just don't care....

And every single person asking for 1080p, you maybe out of touch with reality. Official HD standard does not even include 1080p. 720p and 1080i are the only official HD recognized resolutions within the broadcast standards. Broadcasters don't even distribute their signal that high!

Would I love it in HD, of course :D Do I see it happen, nope.

And an additional thought just occured. Currently FrontRow already allows you to watch trailers. What if you have the same interface but you can purchase the movies that way and it will add the purchased movie into Itunes for iPod sync. (Of course, you will be able to buy it dircetly thru iTunes if you like). It would be a very nice integration, with a high degree of simplicity.... Just a thought.