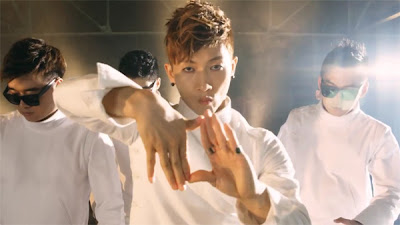 After a five year absence, ‘dance king’ Jang Woo Hyuk finally made his comeback through today’s episode of ‘Inkigayo‘.

His title track, “Time Is [L]Over” was a collaboration piece between Shinsadong Tiger (who he’s worked with since his first solo album) and producer Joker (who previously worked on B2ST’s albums).


With its strong rhythm and guitar riff, the song talks about how time seemed to stand still at the moment he broke up with his lover.

The former H.O.T. member certainly lived up to his reputation as ‘dance king’ with his flawless choreography. From the finger-choreography to the buffering dance, the moves for this song have gained much interest, particularly after it was discovered that it was created by world-renown dance team, ANIMATION CREW-ELECTRONIC NO1 | 3DCOLORS-DOOBU.

Without further ado, check out the king’s return to the stage below!