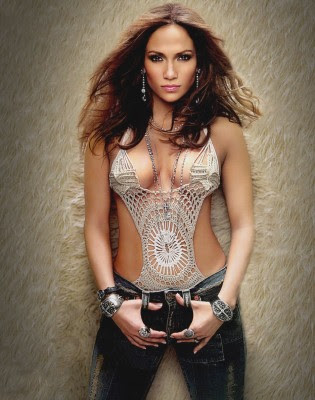 Latin singer-actor Jennifer Lopez is back with her first studio album in four years. Titled Love?, JLo is vying to hit the right notes after the gap.Multi-faceted Jennifer Lopez is back on the music platform with “Love?” – her first album in four years.Dwelling on, you guessed it, love, the American actress-singer says it is inspired by her twins Emme and Max.”I think having the babies has inspired the lyrics and the music of my new album,” Jennifer, popularly known as J Lo, told IANS in an e-mail interview from New York.”My album ‘Love?’ is about the various aspects of love. The overall sound is the combination of different influences. The sound of the album is very much my sound, but with the ‘Today’s’ feel. There are a few guest artists as well on the album,” said the singer who released it after “Brave”, which had hit the shelves in 2007.“I had the producers to help with crafting that sound and making it contemporary and that was exciting because it so had to be me, I didn’t want that to change. There are a few guest artists as well on the album,” she adds.“I think having a baby has definitely inspired the lyrics and the music on my new album. Once you have a baby; you think of world in a different way. You feel love in a deeper, more profound way than you ever felt it in your life and it makes you question and think about things in a different way,” says JLo. She decided to call it Love? “because I started questioning, thinking, wondering and challenging myself when it came to love.”“I was on tour while I was pregnant and then I had the babies. May be, until they were about eight months old that I started recording again. So it’s been like two and a half years. Sometimes, it just takes that much time to figure out what you want.“In the beginning I dint even know what I wanted to talk about, how I felt or how I wanted the music to sound. I just got back in there and started recording different songs; nothing felt completely right and then it wasn’t until six months later when I realised what I wanted to write, how I wanted to say it. That was when the whole album started really taking shape and coming together,” she adds.

JLo is now working on a world tour and a Spanish album. “I am planning a world tour in support of my new album ‘Love?’ for my fans. We really want to do it at least once in my lifetime. Music is still my first love. This new album has taken a lot of time and effort so I can’t wait to show it to the world,” says the singer, whose personal favourites are Gloria Estefan, Tina Turner, James Brown, Michael Jackson, Madonna and Janet Jackson.”I have recorded Spanish-language versions of some of the songs from ‘Love?’ and I’m also planning to release a full-length Spanish album next,” she adds. She is also coming out with her own reality show with hubby Marc Anthony.The perfect female body would feature J.Lo’s lean legs and bubble butt, the First Lady’s sculpted arms and Jessica Alba’s flat abs, according to a survey out Wednesday.As for men, Vin Diesel’s arms and Matthew McConaughey’s abs were tops, the poll by Nutrisystem Diet Index says.

* 51% of women think if the perfect guy gained 50 pounds or more, he wouldn’t be hot anymore.

* 66% of women and half of men grapple with their own weight issues.

* 22% of Americans would pass up a million bucks to have their dream body for a lifetime.