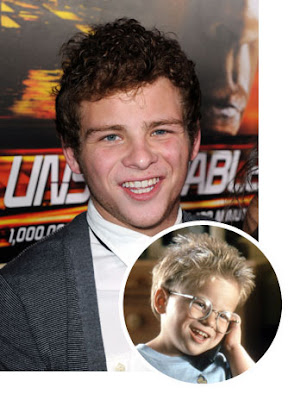 'Jerry Maguire' star gets restraining order. Jonathan Lipnicki - former child star who made his debut in Tom Cruise flick, Jerry Maguire - has been granted a temporary restraining order against an ex-girlfriend after she broke into his apartment and attacked him in bed.
Court papers reveal that the 20-year old has claimed that his ex-girlfriend, Amber Watson, broke into his Los Angeles home last week. "When I tried to get up, she tried to pin me to my bed," said Lipnicki. "I had to move her off me physically and get out of dodge."

Lipnicki claims that Watson "threatened to 'annihilate me,'" and that it took "twenty minutes and other people to get her out of my apartment." Watson will appear in court on 7th June and has been ordered to stay 100 yards away from her ex-boyfriend.

Lipnicki shot to fame at the age of five, playing the child of Tom Cruise's love interest in Cameron Crowe's hit 1996 film, Jerry Maguire. He went on to star in Stuart Little and Like Mike before drifting away from our screens and opting for high school.

Lipnicki recently appeared on Oprah to plug his new film, For the Love of Money, which stars another former child star, Edward Furlong. Regarding his previous time in the spotlight, Lipnicki told Winfrey: "I'm ready to come back and I'm ready to work. People are always going to have this image of me as five years old so it's my job to work hard, go into the right rooms and blow them away."
Posted by admin at 7:02 AM