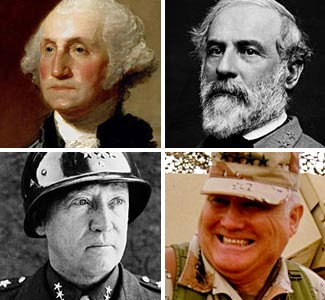 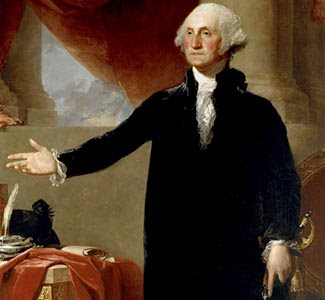 George Washington
Revolutionary War
The first president of the United States made his name first in this war and then as commander in chief of the Continental Army.
His impact: Under his leadership, the army defeated the British in the Revolutionary War and the Colonies gained independence. Washington oversaw this legendary document guiding the new U.S. government and was named president in 1789. 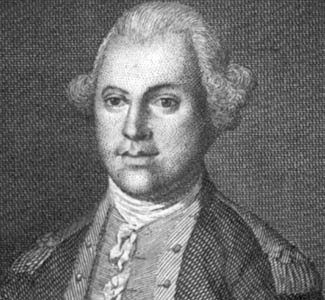 Nathanael Greene
Revolutionary War
Gen. Nathanael Greene was George Washington's trusted friend and right-hand man during the Revolutionary War.
His impact: Greene played a pivotal role in the Siege of Boston and other battles before focusing on defending the South from the British . Several monuments were established to honor Greene after his death in 1786. 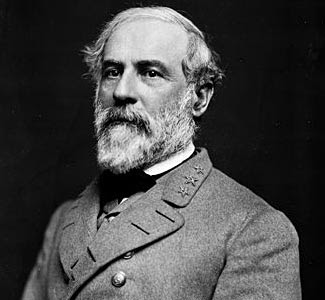 Robert E. Lee
Mexican-American War & Civil War
Lee came from a military family, first serving in the Mexican-American War before becoming the Confederate Army's most famous Civil War general.
His impact: Lee's loyalty was to this state, and he defended it as leader of this army before finally surrendering to Ulysses S. Grant's Union troops on April 9, 1865. 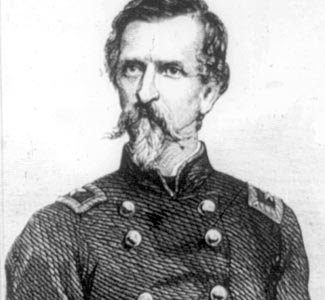 Philip Kearny
Mexican-American War
Kearny first served in the Mexican-American War as a captain and lost an arm at the Battle of Churubusco.
His impact: His bravery was noticed, especially by Gen. Winfield Scott, and Kearny was promoted to major after the war. He made a big impact in the Peninsula Campaign during the Civil War but was killed during the Battle of Chantilly on Sept. 1, 1862. 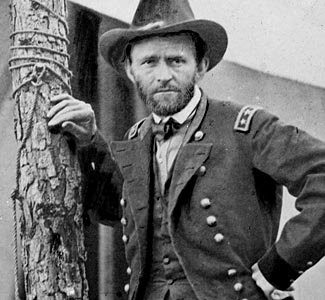 Ulysses S. Grant
Mexican-American War
Grant graduated from West Point and went on to serve in the Mexican-American War, learning about techniques of warfare from Gen. Zachary Taylor.
His impact: He went on to lead the Union Army in the Civil War, taking Forts Henry and Donelson from the Confederates, among other victories. His battlefield successes eventually forced Confederate Gen. Robert E. Lee to surrender, which ended the war. 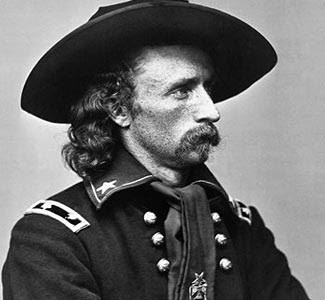 George A. Custer
Civil War
Custer graduated from West Point and gained fame as a successful cavalry commander in the Union Army during the Civil War.
His impact: He fought in the First Battle of Bull Run and was present when Robert E. Lee surrendered at Appomattox. He died in 1876 during the Battle of the Little Big Horn in the Plains Indian War. 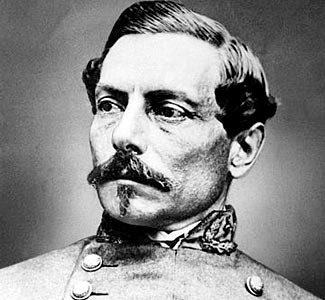 Pierre Gustave Toutant Beauregard
Civil War
Beauregard was a general for the Confederate Army during the Civil War, fighting at Fort Sumter, the First Battle of Bull Run and the Battle of Shiloh.
His impact: He is known for defending Petersburg and Richmond in Virginia against the Union Army's offenses. His downfall may have been his relationships with senior military officials, including Jefferson Davis 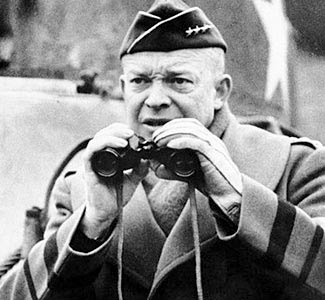 Dwight D. Eisenhower
World War II
Before he became the 34th president of the United States, Eisenhower served as commander of the Allied forces during World War II.
His impact: Known for his military strategy, he oversaw the troops at this legendary battle in France. 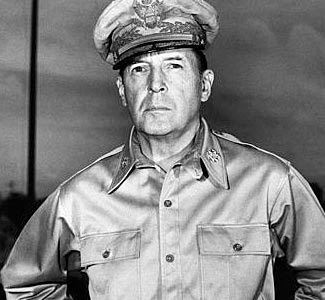 Douglas MacArthur
World War II
MacArthur commanded the Allied forces in the South Pacific, including the Philippines and New Guinea, during World War II.
His impact: On Sept. 2, 1945, he oversaw the Japanese surrender on the U.S.S. Missouri , which ended the war. MacArthur also led U.N. forces during the first months of the Korean War. 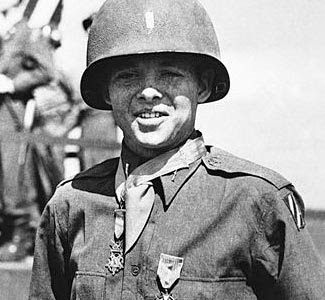 Audie Murphy
World War II
Murphy is best known as the most decorated World War II soldier.
His impact: He received two dozen medals, including this honor, an amazing feat for someone not yet 21.  He moved to Hollywood after the war and went on to star in more than 40 films,. He died in a plane crash in 1971 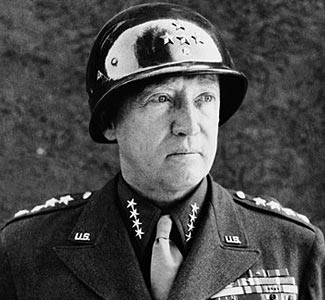 George S. Patton
World War II
Patton served in both World War I and II and is best known for his leadership as a general during World War II.
His impact: Nicknamed this, Patton became the commander of the Third Army and led troops in the Battle of the Bulge. He is also known for his strong, eccentric personality 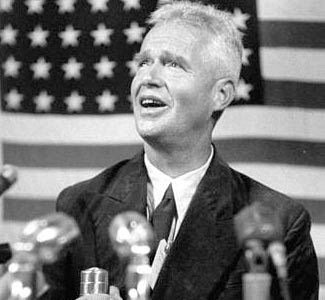 William Dean
Korean War
Major General Dean commanded the 24th Infantry Division during the Korean War and received a medal of honor for his leadership during the Battle of Taejon.
His impact: Dean was captured by North Koreans after the battle and remained in their custody until the war ended. 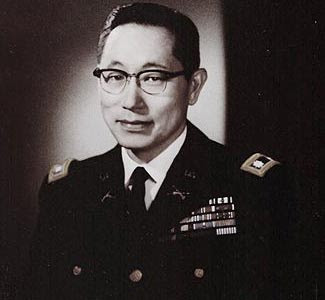 Young-Oak Kim
Korean War
Korean-American Kim was born in Los Angeles in 1919. He retired from the army after fighting in World War II but re-enlisted in order to fight in the Korean War.
His impact: Kim pretended he didn't know how to speak Korean so he could join the infantry instead of becoming an interpreter. After proving himself time and time again, Kim was promoted and became the first Asian-American to command a combat battalion in the U.S. military. 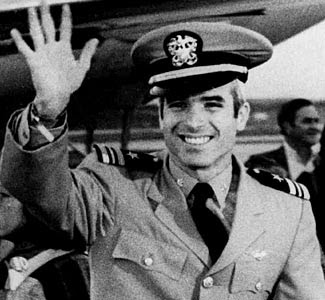 John McCain
Vietnam War
Former presidential candidate McCain graduated from the U.S. Naval Academy in 1958.
His impact: In 1967, while fighting in the Vietnam War, his plane was shot down and he was captured by the North Vietnamese. The decorated pilot was held as a prisoner of war until 1973 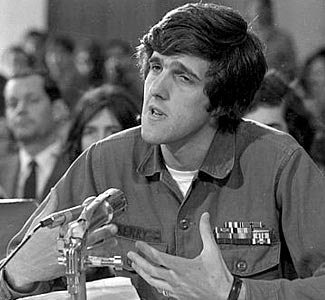 John Kerry
Vietnam War
Kerry enlisted in the U.S. Navy in 1966, serving as a lieutenant and operating a Swift boat.
His impact: He was awarded a Silver Star, a Bronze Star and three Purple Hearts. Some controversy has surrounded Kerry's Vietnam War service 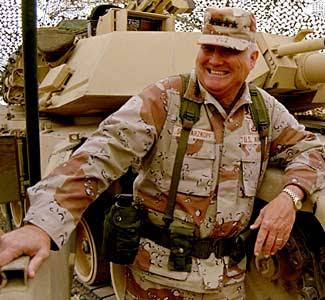 Norman Schwarzkopf
Gulf War
General Schwarzkopf was commander in chief of U.S. forces during Operation Desert Storm.
His impact: He coordinated troops as they marched through Kuwait and into Iraq, causing Iraqis to surrender in the Gulf War. 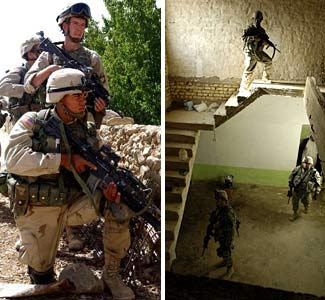 Iraq and Afghanistan wars
The United States entered into a war against the Taliban, Osama bin Laden and al-Qaida on Oct. 7, 2001, following the Sept. 11 attacks. On March 20, 2003, the U.S. declared war on Iraq to prevent the use of suspected weapons of mass destruction. Both wars have had a mixed response from the public
Posted by admin at 1:41 AM