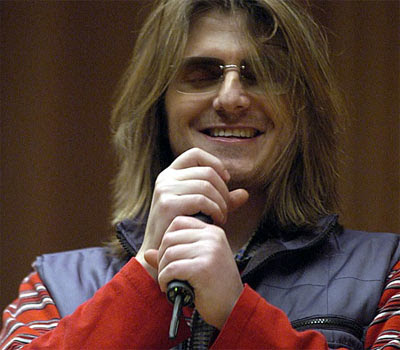 Mitch Hedberg was the underground’s favorite, and was a brand new kind of comedian. He was the kind of guy people would go see even when they knew all the jokes (and at times, crowds would shout the punchlines out early to Hedberg during his brief reign).

Hedberg didn’t break into the game on SNL, for him a 1996 David Letterman appearance propelled him to stardom. He was soon touring with a unique style that captivated clubs across the country. His hilarity was due to a one of a kind voice, as well as great observations and reliance on non sequiturs.

Unfortunately what killed Hedberg’s funny was a premature death. An avid drug user, he once said on stage “I used to do drugs. I still do, but I used to, too.” On March 30th, 2005 it stopped being funny when a combination of cocaine and heroin proved fatal for Hedberg, who was 37 at the time. His funny is now in a better place, but humanity lost it way too soon.