extraextra
I wish the games worked on a 4G iPod. I guess I'll have to wait for the warranty to expire and then for it to die before I spring for a 5G. Hopefully by then there will be a 6G widescreen iPod! cube
Scotch tape is a brand name of sticky tape.

spazzcat
Doesn't every GPS based phone have something like this? blahblah100
Amen, brother... M$ wants to have it their way but not allow anyone else to do the same.

Care to explain how App�� differs?

Yep, he's the only iPhone user in the world who wants a better notication system, and a built in radio so he doesnt have to stream it over the internet. :rolleyes:

TheKrillr
this goes to show how behind apple is in updating.
clearly they arent ready to adapt to an intel platform. the cant even make simple processor adjustments on time!
all the major companies have made this transition.

apple needs to stop being so secretive. they need to start acting like a real computer company, and let there customers know when upgrades are coming.
i wouldnt be surprised if we didnt see these upgrades till october.. no.. january.

On time? The other companies just announced, and are not actually shipping. Give apple time, I'm sure they'll be shipping before the others. :-)

econgeek
We really should be hoping that Thunderbolt succeeds and USB 3 fails. USB has always been a hack for lowest common denominator PCs and PC manufacturers who were not interested in investing in quality external communication.

USB is a poorly designed protocol, and rather than fix it, they have just extended it with USB3, and pretend like it is faster.

In real world use, Thunderbolt is 20Gbps-- both directions. (two 10Gbps channels)

This means Thunderbolt is effectively 20 times faster than USB3 -- if you maxed it out. Right now the two are competitive only because we don't have external devices capable of maxing out the bandwidth... but eventually we will.

I'll have to seriously considering delaying getting a new iMac until 2012 now. I don't want to be caught having to buy more expensive Thunderbolt external drives. Thunderbolt is great only if the drives are no more expensive than USB 3.0 drives.

What will be cheaper is whatever is the more popular. Thus we want Intel to delay support for USB3 and give thunderbolt time to be adopted widely. We really need to avoid another Firewire situation here, lest the entire world be held back by a crappy, second rate technology that is ubiquitous.

Look at the price difference of a USB 2 hard drive vs. Firewire- that is purely due to the USB market being bigger, it has no technological reason.

Think about the millions of people copying large files onto 1 or 2TB USB drives and how long they have to wait.... with no advantages of USB over Firewire.


Drat, I just bought a MBP, first laptop upgrade in 4 years :( Hopefully we get a Thunderbolt-to-USB3 connector.

Those have been announced already at this weeks NAB. Apple will likely include USB3 in their laptops, though.

HecubusPro
I'm really hoping for merom in mbp's and mb's. The wait has been killing me.

Same here. I really want a new C2D MBP, but since all of this info about the iMac, movie store, nano, etc. has been taking the spotlight, the C2D laptop information has come to a near stop.

Will we now be forced to wait longer than September. I still doubt it, but the quiet on this front the past week has been alarming to me.

JobsRules
Ok, this I honestly didn't see, and if true, then warrants a serious reprimand of any organisation at Mac Expo!! I hope that the reason they were ejected was something like this, and not just handing out leaflets in the wrong area, like I was led to believe from the thread so far!

I wouldn't like anyone taking photos of my child without permission, and if true then Greenpeace have behaved irresponsibly!

But that could also mean that someone took a photo of a baby with an Apple with consent and that was chinese whispered by an anti-Greenpeace voice to, 'Yeah, y'know, I even saw them putting this apple in a kid's pram and...'

Here are the 'roudy violent millitants' we're talking about. 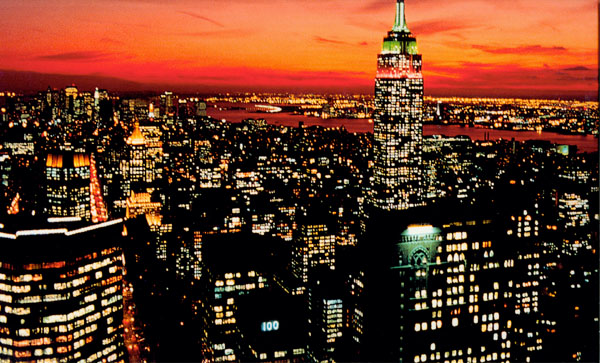 direzz
On time? The other companies just announced, and are not actually shipping. Give apple time, I'm sure they'll be shipping before the others. :-)


yea, with tons of problems to the machines.

i love apple, but everytime i buy one of there laptops, they suck! CBGFilms
Spitting out disks! I had problems with the slot loading drives in my Mac Mini and Macbook Pros. It was greatly improved with a $10 DVD/CD cleaning kit. Worth giving a shot...

Thanks for that! I might give it a go, thanks.


PS- I will still buy your stuff.

QCassidy352
I guess I've got mind whip lash from the transition to Intel. It's still kinda hard to wrap the mind around these speed improvments. I'm still used to the very modest speed bumps from the PPC days.

How wonderfully refreshing it is to see these leaps in speed with each product update. I hope this pace keeps up. Some may disagree, but I think it's spectacular compared to what we used to get from Moto/Freescale/IBM.

Nonsense. Maybe at the very end, but we used to see updates like 800mhz-->1Ghz. That's a 25% increase in performance (if processor power is the limiting factor). Even the G5 went dual 2.0 --> dual 2.5 in one jump, which is a bigger increase than this.

This is NOT the promised 20% increase; it's a 10% increase. Some areas may show more, but that only means that some show less.

I'm just not sure why everyone is so impressed with these imacs. The 24" was a great addition (and the low-end 17" for $1k is nice too), but the 17" and 20" are the same as the old models except for a processor speed bump and 1 GB RAM standard. All that for less money is not bad, but it's hardly thrilling considering that it's the first update in 8 months. Nothing was left out, if you read the story. Gun fire was exchanged. Obviously the mall guard had better training, possibly a moonlighting cop.

Armed security guards are pretty standard in Chicagoland too.

Now you're getting it!

Chundles
How does streaming music to my iPhone help me, when O2 cap my Internet usage, and then charge when you use more.

Just another option. Might not be a solution for you (nor me) but I can see the advantage for some people.

mrrory
Meh, don't worry about the batteries. Sure, some people have problems, but my 3G ipod is still doing surprisingly well!

Mine too, although when I found out a replacement battery was available from Batteries + for around $25, I bought it and replaced it myself very easily. It's not as hard as some might think.

I'm all about apple being green too, but is it not possible that Greenpeace are making an example of apple more because of their high profile than because they are the worst offenders. Greenpeace's campaign wouldn't seem quite so "cool" if they were attacking compaq or gateway etc...

iMacZealot
There are ways of walking on the moon. Doesnt mean its particularly consumer-friendly.

I brought up using a phone internationally because of the technical compatibility of using GSM over CDMA. price is irrelevant. the fact that "some cdma phones are gsm compatible" is proof that CDMA has very limited use worldwide.

so basically. IF your CDMA carrier has a phone that you like AND is GSM compatible, you can take it and roam.

or. you can accept that while it may be technically superior (i said MAY. speed isnt everything) CDMA is a very tiny pocket of the mobile market.

The only reason why CDMA is basically only in the US is because it was still being developed while the EU jumped on GSM and endorsed it for every country. If your reason why CDMA is terrible is due to limited use, then, that's at best poor reasoning.

mashinhead
goes to a great cause, and doesn't cost you anything more.


there is no such thing as charity in america, it always comes through commerce. why not just donate the $200 bux? does a lot more than the 10 bux you are donating now, so you can justify getting a new ipod. hell i would buy a red ipod just cos of the color i don't see why the cos has to be associated with it, if they're gonna do this they might as well just donate 10% of all ipod sales. at least it does something more than haveing a "show off" recipet for your so called act of charity.

Kingsly
The $100 million settlement grants Apple a license to use Creative's patents in all of its products including the iPod. Also announced is that Creative is joining Apple's "Made for iPod" program, and will be introducing an array of iPod accessories later this year.
WOW. And I thought hell froze over when bootcamp was introduced...

cere
Uh... who cares? You missed my point.

The "world" isn't going to support ThunderPants as Intel now embraces USB3. You're left with basically only Apple to beat the TB drum.

Hence, TB dies or at best fades away slowly. It will never sweep the land aka "firewire" style.

Wait, you mean you didn't literally mean the ThunderBolt would be exclusively Macs only forever and ever and ever?

Dammit man, not everyone on these boards understands subtlety and context. If you are going to say something, don't be subtle. Spell it out so everyone can understand you. Otherwise we end up with some short-bus kids thinking everyone is picking a fight with them and posting worthless links with irrelevant info.