Ock Ju Hyun talks about her anti-fans, places first on “I Am a Singer” 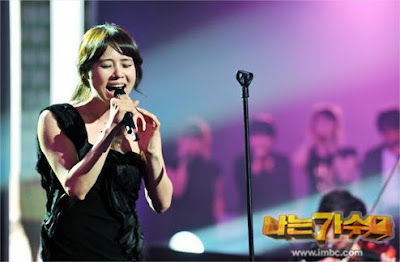 On May 29th, Ock Ju Hyun performed for the first time on MBC’s “I Am a Singer” alongside JK Kim Dong Wook.

Just before the broadcast, she revealed the unfortunate obstacles she was forced to overcome because of her controversial addition the show. As reported previously, anti-fans fussed over whether this veteran idol was good enough to perform on “a show of such stature.”


Ock began, “Every time my name headlined, my mom would call me and ask me to rethink my decision. I’ve been promoting as a musical actress all along, which I thought was a different world compared to broadcast TV. I was thinking about returning to sing, and at that moment, I received a casting offer.” 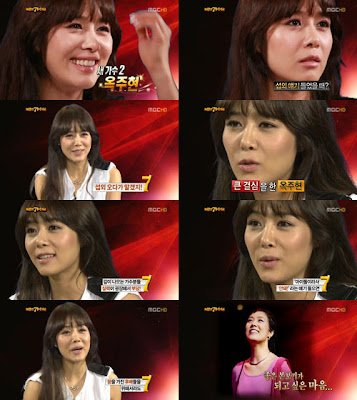 She continued, “I do feel pressured by the talents of my co-stars, but that doesn’t mean it’s because I’m an idol… I want to become a good example for other idols who are racing towards their dreams.”

Speaking on the topic of antis, “I hate it when my name is on the internet. Whenever my name is used in a direction that I don’t feel comfortable with, my heart just drops. Just seeing the word ‘Ock’ makes me turn off the internet. Even though I hate reading it, however, I do come away with something.”

When asked what she will do if she was eliminated, she replied, “I think I’ll cry, but I will console myself by saying, ‘You knew it would happen.’”

Contrary to her expectations, however, Ock Ju Hyun managed to come away by placing first for her performance of “For A Thousand Days.”

source: allkpop
Posted by admin at 3:11 AM