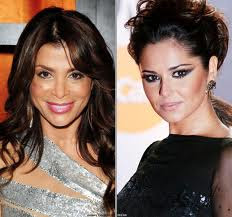 The signs were there for all who could read them.

The multi-million-dollar US X Factor had just rolled into Chicago for the second round of auditions and Paula Abdul had already regained her position next to Simon Cowell... at the expense of Cheryl Cole.

Over the next two days Cheryl became increasingly quiet and isolated. In the vast 11,000-seater Sears Centre, you could almost see the confidence drain out of her.


Backstage, Simon told her to impose ­herself and turn on the loveable charm that made her such a favourite on the UK. Instead she became more nervous and withdrawn.

Her fellow (and rival) judge Paula even suggested that Cheryl try “crystal healing” to deal with her “negative energy”. 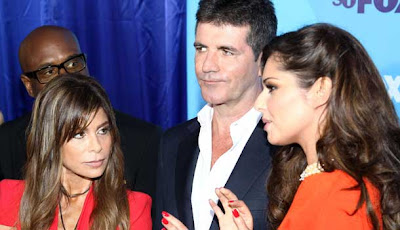 The situation became so bad that Cheryl started suffering from crippling self-doubt, which caused a series of panic attacks.
And little wonder, because she knew her entire US career rested on her Chicago performance, having been warned her displays until then were not up to scratch.

The knives were sharpened, particularly by Fox Entertainment President Mike ­Darnell, who had given her the job against his famously acute judgement. And it seemed that Simon, always her biggest fan, had started to lose faith. A source close to the tycoon said: “It’s simple. She was not the Cheryl they first met. She did not give them what they needed. Simon did all he could. It’s not his fault – she just did not deliver.”

But, although the Cowell camp has spent the last few days trying to shift the blame towards Cheryl’s “lacklustre” performances, the truth could not be more different.

In reality the blame rests squarely at the door of the previously peerless Cowell. In pushing Cheryl he made the worst decision of his life. The man renowned as the best judge of talent in the business had made a monumental blunder – there was no way both Paula and Cheryl could be on the same panel, both vying for Simon’s affections.

An industry source said: “If you analyse Simon’s decision it was disastrous. Fox wanted to recreate the Simon-Paula ­chemistry that made American Idol a huge success – the same ­chemistry he has with Cheryl.

“He never thought through how Cheryl and Paula could work together when their whole performance is based on a ­giggly playful relationship with him. Only one can sit next to him and do that.

“Having the two of them was never going to work and the fact Simon even entertained the idea shows a lack of judgment that has been noted by everyone in the industry.”

Someone close to Cheryl said Paula and show host Nicole Scherzinger – who now has the judging job – had quickly bonded. “They were very close, fawning over each other, admiring each other’s nails, clothes, hair – it was like a love fest. They wouldn’t mention Cheryl or include her in conversations. She started feeling an outsider.

“They would say, ‘Love your nails, where did you get them done?’, or ‘Who did your hair? – it’s amazing.’ But they didn’t mention hers and she found it all very false, almost like they were deliberately trying to ignore her to show what good friends they were. They would turn their backs on her when talking to make things worse. They spent a lot of time in each other’s dressing rooms. Simon was in his private room, which meant Cheryl sat alone. It started to get to her.”

The source added: “When it came to­ ­actually judging, Cheryl felt Simon has been speaking over her lots and interrupting her, when he hadn’t with the others. She never got the chance to show who she ­really was. She felt that they didn’t ‘get’ her sense of humour. The production team asked the judges for their predictions, which Cheryl thought was ­ridiculous because it was too early to make predictions.

“She snapped: ‘We’re judges – there’s no Mystic Meg on the panel.’ That did not go down too well. Then she was asked what her motivation was for the day, and she grumbled ‘to be in the pub for 7pm’. It was a joke but the room went silent. Then one of Paula’s glamorous aides swanned up and said, ‘Hey Paula says you should try crystal healing to get rid of your negative energy’.”

Another source on set added: “The moment Paula arrived she was in her element. She knew everyone and felt at ease. She’s buddies with Fox boss Mike Darnell. That made it easier for her to stamp her ­authority on the show.”

That was what Cheryl was up against. A relative novice versus an ­established US favourite, who had taken a dislike to her. But insiders say the problem goes back to Simon’s lack of judgment. “He is getting a reputation as a ditherer,” our source said. “Before ­deciding on the panel he met some of the biggest names to get them on board: Christina Aguilera, Jennifer Lopez, ­Jessica Simpson.”

He failed to sign any of them, partly because he was not persuasive enough and partly because he couldn’t make up his mind. And Nicole’s former manager Jeff Haddad said: “I was ­involved in months of ­conversation about her being a judge. Being host didn’t come up all.

“Then just before Nicole signed her deal after my months of hard work to secure the right fee, she dropped me. I don’t know what happened but I do know it’s something fishy. They never intended her to be host in the first place.

“I think that perhaps this has all been done to create hype for the show.”

Meanwhile, Paula Abdul said last night she had no idea Cheryl had been axed, adding: “This apparently has captured the news while I was travelling, so I’m just finding out things as you are.”