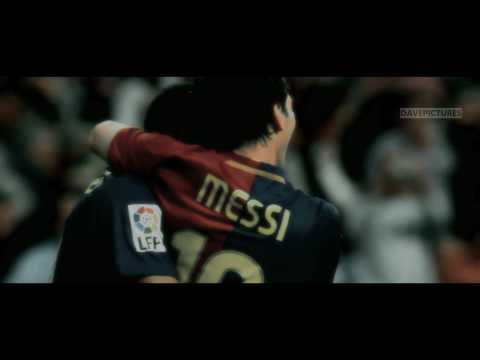 unlinked
I guess it wouldn't hurt their future sales to announce international release dates. Several people I know have ordered or bought an iPad 2 simply because it is available (even with order backlogs) compared to Honeycomb tablets.
Here in continental Europe, all I saw so far was an announcement for the second quarter, which can slip to whenever...
Those of you who already got it - is it worth the wait?

I'm thinking of passing on the Xoom at this stage and picking up one of the many other honeycomb tablets instead. Apparently the EEE pad transformer will be launched in Europe in a few days. I saw some reports the Xoom was launched in Canada today with only a few hundred units available. Bit of a joke really. 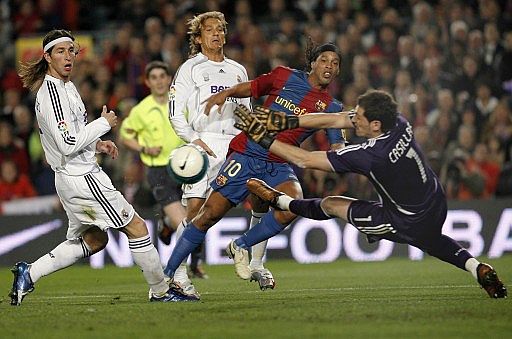 I neither agree or disagree with this statement, I'm just very curious as to whether or not it is true. Anyone have an data that can prove/disprove this?

DrRadon
It won�t sell because the iPad lines will block the view in store. 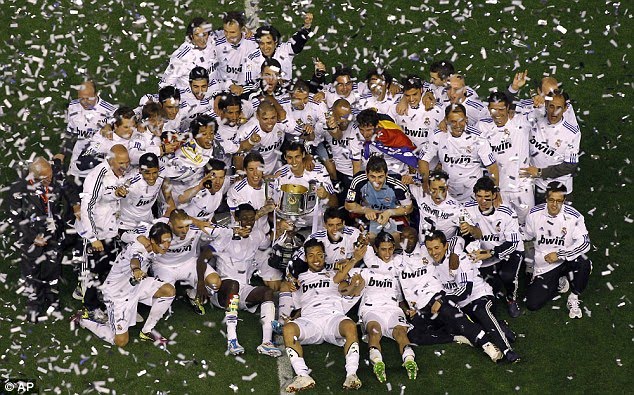 rickjs
people will buy a xoom just because its not made by apple.

EXACTLY! But it doesn't make the Xoom or the iPad 2 any less of a great product. I advice everyone who gets a chance to use it. Actually use the Xoom and see it's not so bad. I really think many of you guys are just hating on it because it's not an apple product so it obviously can't compare. -_-

Bosunsfate
Here are some rumors I've heard, but don't feel like linking to. Check with Google if you want.

*BitTorrent - Integrated into Leopard as a core technology, much like Spotlight. Used in Software Update and a new version of Safari.

*iChat Phone - Call numbers through iChat as part of .Mac... I guess you could make a conference with a combination of multiple phone numbers/iChatters.

*Maps - A new application designed to compete with Google Earth, but of course be much, much snazzier. Apparently, the next MBP would include a GPS chip so that you could see a "You Are Here" on the map.

I didn't check the details, yet, but the Maps and Phone aspects do sound interesting.

The only problem with the iChat Phone....you call through your computer. That's not really true VOIP, where you have an actual phone.......which could mean the OS really leads to a new product....:cool:

As for Maps....hmm...the part I can't see....all the people walking around with a MBP looking at a map....but....you are at coffee shop, checking on email, then need to see a map for some new spot....hmm. still sounds like a new widget... 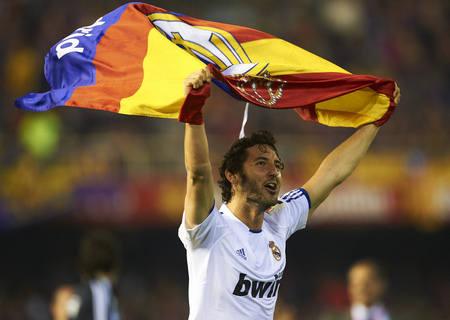 generik
This update better be bitchin!

I think when the update reveals itself to be.... just a mere processor swop the moans to the high heavens would be deafening!

Any likelihood that we will see a new case design at MWSF perchance? :rolleyes:

thatisme
Maybe this will stop the large daily 1am data chunks being sent on 3G??? My most active time on 3G data always happens when I am asleep....:eek:

Moyank24
I suspected it was a copy, I've never trusted the president, and I probably never will.

You suspected what was a copy? Had you just read the article before commenting, you would have known it was a copy.

And you don't trust the President? Shocking.

Yes sir, that's why I explicitly said "could" have to provide proof, because I read of cases where evidence of actual confusion ended up being one of the methods used.

Thank you, as always, for making the clarification in any case.

Eidorian
Actually, the merom in not completely compatible with the yonah chips. There will have to be some redesign on Apple's part that is supposed to delay the new MBPs. This article somewhat explains it:

Also, since Apple is now kind of competeing with PCs who get the newest and fastest, it would be in Apple's best interest to get these chips in MBPs asap. Also, it is easy to see that a lot of people are waiting to purchase a new Apple laptop with this technology. MBP's current sales are going to slump from here on out until this technology is put into some new computers.WRYYYYYY!!!

Looks like I'm going with a tower or iMac for school then. 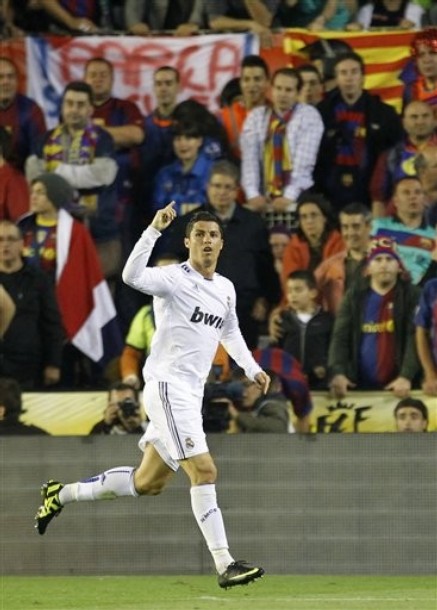 Dammit Cubs
Wow. I have a mac book air 11 inch (WHICH I ABSOLUTELY LOVE) and this is so tempting. I recently bought a macbook air AND mac mini.

Sometimes I'd wish I waited for these sandy bridges. I love Core IANYTHING.

filmantopia
I bet they're going to lower the price too. :apple:


haha, then Doctor Q's signature could be-

"Oh do pay attention 007. In the wrong hands, this Octopussy could be very dangerous."

manu chao
Ah, the perfect storm! A (probable) bug that does not clip the data the way Google does it,
Natually this leads to stupid lawsuits. This is America, dammit!

And Google occasionally stores random data from any unsecured WiFi network its StreetView cars come by.

I now there were rumblings about government investigations into Google's data grab (which was transmitted and stored onto Google's computers) but was there also a lawsuit?

Not that Apple should not have fixed this presumed bug when it first was reported last year. Either nobody at Apple was really paying attention to what other people managed to extract in terms of 'forensic information' or they were not organised (or motivated) enough to get fix done. I cannot help myself but thinking that a scenario in which Apple knew about this but decided to fix it only with iOS 5 is not that unlikely. 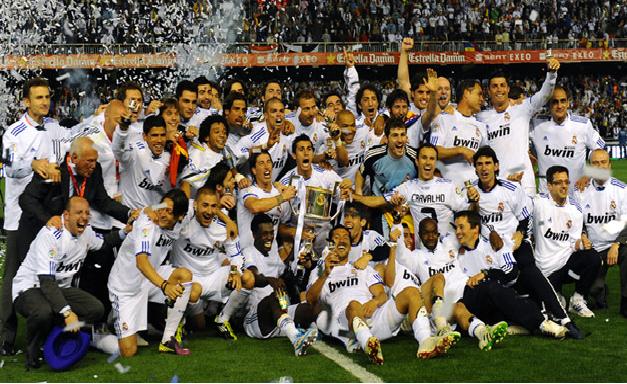 geiger167
I had a problem with my .mac account recently (failure to update Idisc and Iweb) and reported the fault on the apple support forum for some help. The service was down for a day and a half when I received a phone call from Apple in America. As I live in the UK I was certainly not expecting a phone call from anyone. The Apple representive went through my propblem with me on the phone and made sure my .mac account was working perfectly before he rang off. The problem with service faults are only complaints are ever heard, no one ever mentions the good service when it occurs, and the company was certainly under no obligation to me to make a transatlantic phone call to help me out and is the first time in my many years as a computer user when any manufacturer has ever made this kind of effort to solve a complaint :)

Westside guy
Hahahahaha you do not know much about the cell business here in the U.S. T-Mobile uses Cingulars network in a better part of the country, and Cingular uses T-Mobiles in the other parts, under a roaming deal agreement they made when Deustche Telecom bought Voicestream creating T-Mobile.

MattInOz
I doubt Apple will ship a new version of FCP before they ship lion, there are simply no real video editor APIs in Snow Leopard that are capable of 64 bit, QT Kit is a joke.

HOWEVER, according to the developer page for Lion there will be a brand new A/V API in Lion that will be 64 bit and FCP will most likely be written in that.

I guess they could back port the entire API to Snow Leopard, but I wouldn't count on it.

There is little to no technical reason the new framework couldn't run on Snow Leopard as a private API embedded with the final cut release. If the framework you mean is AV Foundation then they don't need to backport it all. It's Not a "New" API it's been running on the iOS branch of OSX for a few years now. So Snow Leopard shouldn't be much of an issue, it's just a matter of tying it in to GCD and the other low level fun stuff SL brought online. It doesn't sound like there is anything in Lion that will mean it will work different at those low levels to stop it working.

Remember Apple owns both the OS and FCP. The low level video boffins at Apple seem to have been working all along to get the framework read for this release. The suggestion that in a company as small as Apple that a team developed the AV foundation without the FCP people knowing about it till the last minute is kind of ridiculous.

heh... they give MS so much crap for photocopying, but if anything, this is more or less taking a page out of MS's book with System Restore. Granted, it looks like it will be better, but still, MS had this kind of thing first.

Not trolling, just pointing it out :)

It would definitely appear as though rumors of a re-vamped Finder could have some merit...

icutvideo
Blu Ray is great for the wedding shooters and cutters.

Most corporate videos are being delivered by file or laid back to tape.

kavika411
Where did I make that statement? :confused:

Fair enough. Let's do it this way. Why did you inject "WASP" into a conversation about racism? What point were you making about a "vast majority of WASPs" comprising conservatives. Last time I checked, your injection into the conversation was to defend rdowns supposition that those against Obama are against him because of his "color."

Are you saying that the conservatives' broader strategy for opposing liberals in congress is totally unrelated to their (disingenuous) opposition to intervention in Libya? That's quite rich.

I wish I were, but alas, I believe my comment was rather straight forward - very few words even. But I'll rephrase: It is asinine to hide behind accusations of racism against people who disagree with Obama on his ongoing and new military campaigns. I believe that is as straightforward as I know how to be, but feel free to respond with another question that is both rhetorical and a red herring to what was being discussed.

I don't see why I should try to find a link that supports your mischaracterization of my statements.

teme
PowerBook G5 by the holidays.
I wish this board would block automatically "PowerBook G5" and replace it with "************" so this tired so-called-joke would end someday.

i could laugh at the same thing concerning the ipad 1 vs ipad 2.

the ipad 2 really isn't much thinner or lighter than the first version.

SkyStudios
Please, link me any evidence this is submitted to Apple.

Apple only recently added the info into iTunes agreements, last year they where sued for collecting emails, chats and political views, this means they seriously can get access.

BTW a the devices unique ids can be simulated and one can plant a crime on another if the authorities actually depended on it.