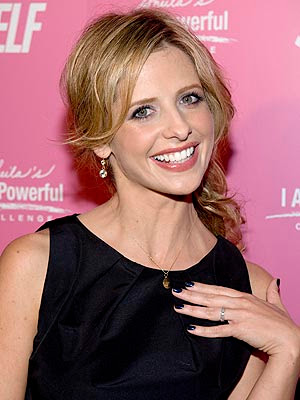 Sarah Michelle Gellar Ringer. Sarah Michelle Gellar has been signed to play in a new television series titled “The Ringer.” In the series, Gellar will play the role of twin sisters. The series will start airing in the United States this fall.
During an interview recently, Gellar said she was happy to land the role. She said that, “I have the greatest fans in the world, and I loved my show. I think sometimes, too, you need that time to understand that it was a cultural phenomenon, a legacy. I want to honor those people who were so good to me and show them something worthy of their time and worthy of them. I think it was worth the wait.”

In the series, Gellar’s character will be Bridget and Siobhan. According to the plot of the series, Bridget will assume the identity of Siobhan. From the outside, Siobhan looked wealthy and well connected but when Bridget assumed her identity, she found that there were a lot of complications as well.

Gellar is famous for playing Buffy in the television show “Buffy the Vampire Slayer.”

“The Ringer” will be aired on CW from the fall.
Posted by admin at 6:59 AM