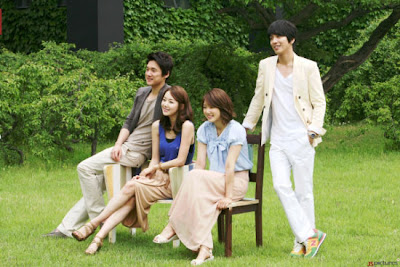 On May 30th, SBS revealed some colorful shots from the poster photoshoot for their upcoming drama, “You’ve Fallen For Me“.

Held on the 25th, cast members Jung Yonghwa, Park Shin Hye, Song Chang Ui, So Lee Hyun, and many others gathered up for the very first time. One would never have been able to tell that this was their first meeting, as they exhibited perfect teamwork throughout the shoot.


Yonghwa, who plays the role of guitar prodigy ‘Lee Shin’, posed all day with a guitar in his arms. He commented, “This was the first time all eight of us came together. Although it was a bit awkward at first, we got along fine since we’re of similar age groups.”

Park Shin Hye, who plays the role of the campus ‘goddess’, added, “The night before, I worked all night filming a scene that required me to cry. I was worried today, but I think we all worked well together to create a cute poster.”

As the oldest, Song Chang Ui ran around the set to help everyone warm up to each other. “I think we were able to get a feel of the overall drama through this poster shoot, so I’m very excited.” So Lee Hyun added, “Since it’s a drama with a great director and a great cast, I’m definitely looking forward to how this fresh new drama will turn out.” 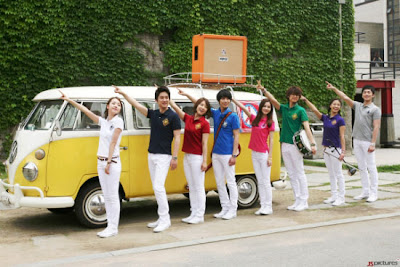 source: allkpop
Posted by admin at 3:43 AM