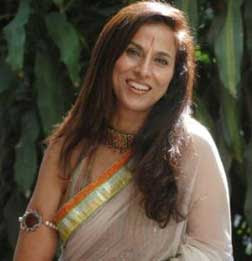 Columnist and novelist Shobhaa De, known for her sharp tongue, took a dig at Bollywood actress Minissha Lamba, who was detained by customs authorities in Mumbai airport for carrying undeclared jewellery worth Rs.50 lakh while returning from her much-hyped visit to the Cannes International Film Festival.”Poor Minissha: Lamba race ki ghodi or lame duck? Warning to other Bollywood wannabes to leave those borrowed rocks at home. Dazzle wt yr talent (sic),” De posted on her Twitter page.Minissha, who was in Cannes to attend the premiere of Woody Allen’s “Midnight in Paris”, was detained at the Mumbai international airport Wednesday.De has had a history of tweeting about Bollywood celebrities, and has previously taken digs at director Punit Malhotra, actress Sonam Kapoor and actor-producer Arbaaz Khan.
Posted by admin at 8:30 AM