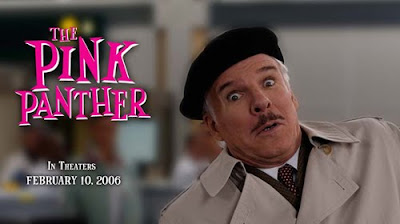 One of the original, true kings of comedy, Steve Martin, spent decades as one of the funniest men on earth. Born during World War II, Martin is the aging champion still able to find work today. Too bad he lost his funny along the way.

During the late 60’s and early 70’s Martin worked as a comedy writer and stand-up comedian. He won Emmy’s and was regaled for his absurdist, quirky humor. He would often connect topics that had no relationship to each other.

Martin’s acting career exploded with 1979’s “The Jerk.” A classic comedy film, it was also a gigantic commercial success, grossing $100 million on a budget of $4 million. It led to an acting career that couldn’t die, no matter how little effort would eventually be put into it.

Throughout the 80’s and 90’s Martin continued to make masterfully funny films, from 1988’s “Dirty Rotten Scoundrels” to 1999’s “Bowfinger.” The new millennium, however, brought changes. Martin had become a serious art collector, and realized that collecting art required heavy funds. What was the best way to raise these funds? Making crappy family movies. Martin made such gems as “Cheaper by the Dozen,” “The Pink Panther,” “Cheaper by the Dozen 2” and “The Pink Panther 2.” What do all these movies have in common? They sucked. Martin sold out his funny for a serious arts collection. It was an ultimate example of one man’s loss of funny.