Tattoo Artist Nigel Kurt - The Best in the UK

Nigel Kurt started his tattooing career in Sheffield, South Yorkshire. He opened his own studio, Fun House Tattoos in Barnsley in 1993. Nigel is well known for his black and grey work and has won many awards over the years. 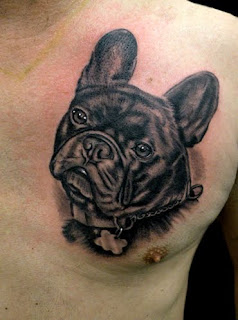 A tattoo artist from South Yorkshire has been named Best UK Male by the UK Tattoo Industry.

Barnsley tattoo artist Nigel Kurt, who has run Fun House Tattoos since 1993, said he was "chuffed" when presented with the award on 15 May in Liverpool. 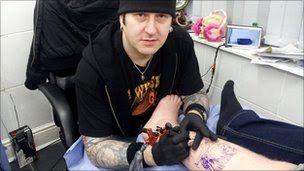 Mr Kurt said he did not like tattoos when he was younger but he changed his mind after seeing the work of American tattoo artist Jack Rudy.

"He more-or-less invented portrait in tattoos," he said. 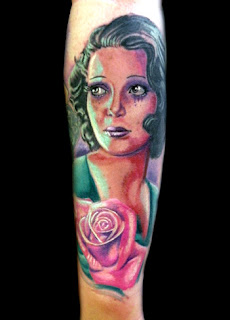 His work ranges from colour tattoos of well known characters, including ITV's Coronation Street character Hilda Ogden, through to people requesting a drawing of their loved ones - including parents, children and pets.

Mr Kurt who has worked in the industry for 20 years has had many requests for tattoos but there are some areas of the body he will not work on. 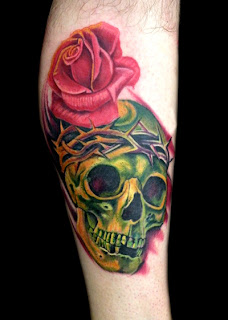 "We don't tattoo faces and we don't do hands either. If someone comes in with something that won't make a nice tattoo, we won't do it."

The shop has seen a rise in inquiries since body art became popular with celebrities, including pop star Cheryl Cole and footballer, David Beckham. 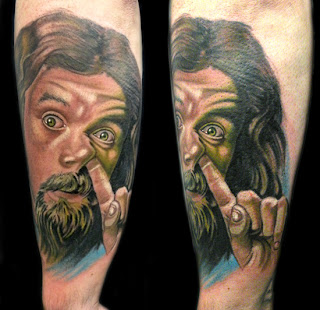 "Every week we get at least one or two people coming into the shop asking for copies of David Beckham's tattoos," said Mr Kurt.

"There are hundreds of people walking around with copies of celebrity tattoos."

Despite receiving the award, Mr Kurt said it would not change him.

"Once I stand out that shop I'm just a slightly scruffy man walking down the street," he said. Or visit the shop which is located at:
Fun House Tattoos
140 Sheffield road
Barnsley
S70 1JH