Zadillo
At this point does anyone even need a "source" for one of these rumors? It seems like at this point anyone can say "MBP updates coming as early as THIS WEEK!!" and it is eventually going to be true, as Abstract says.

stcanard
I would argue, that MS success isn't because of it's OS, it's because of third party support.

Braz0s
Haven't read all the comments so plz excuse if mentioned...
Plz put a mono switch on it like the new Nano. My wife is a Rubella baby so she's totally deaf in one ear. That mono switch really helped.
And it's software only - it should have always been there!

dguisinger
Huh....so VM Ware finally got their act together; and its only pre-register for a future upcoming beta.

....you know, I'd have to say they dropped the ball on this one.
parallels not only did the public beta first, they released a final product a full month before VMWare announced beta.....and is in the Apple Store, office depot, staples.... heck, its even in Apple's TV commercials.....

VMWare might use to have had a good edge, but I think they lose out on the Mac oppurtunity..... iRobby
Buying my first iMac is getting even better!! can't wait for the refresh! diamond.g
Can anyone explain the nVidia hate?

I have a Radeon HD 5770 now, and there are these little annoyances. For instance, when I run my bootcamp partition inside VMWare, the AMD driver software starts complaining. The GeForce didn't give a damn. Speaking of which, I had to install the .Net framework to install the AMD drivers. Kinda cheap. And every now and then I get a slight flicker in the screen. To be honest, I'm not sure if that's the Radeon, but I've never had it before.

Don't get me wrong, the card is performing superbly overall. But the driver side still needs some polish. (And that's a complaint I've been hearing for ages!)
The .Net framework is for the CCC (Catalyst Control Center). I am pretty sure you can still get the drivers and not dl the CCC.
Why should you care about the IGP in your 2010 15" MBP? You have a discrete GPU(NVIDIA 330M) alongside it that it should automatically switch to while under heavy load.

I belive these numbers are for last quarter (note they don't add to 1.3M macs). They should post a correction.

ffakr
The quad core CPUs in Xserve definitely make sense. However, I'm not sure what you're saying.. Apple started shipping Xserve on Nov. 1st with the dual-core Xeon CPUs and they're currently listed with 24hour shipping times.

They shipped the XServe but there is no longer an XServe Cluster node model. Apple used to ship a stipped down XServe with only one drive. You used to be able to get dual processors in the Cluster Node for the price of a single Proc XServe [proper].
The Cluster nodes had better price/performance but they weren't designed for running real 24x7 server tasks.

I'm a big Apple fan myself but sometimes I do see the point many anti-Mac people make that many Apple 'fanboys' will simply defend any decision Apple may or may not make! It doesn't show loyalty or devotion to the brand but a sheep like quality that really isn't desirable.

If you can't formulate your own opinions on stuff then that really doesn't corroborate with the Apple marketing and ethos. "Think Different" etc..

Say what? It may have a higher melting point than plastic, but it's the most recyclable material out there. Plastic often can't even be used in the same application multiple times, and ends up being "downcycled" into something completely different. Wikipedia says recycling aluminum is 95% more efficient than making it from ore; recycling plastic is only 70% more efficient than making it new.

Plastic is incredibly hard to recycle as there are many different types that need to be sorted and lots of those can't even be recycled. An example of this is the caps on plastic bottles of Coke etc. This material cannot be recycled - at least my local refuse authority refuses to deal with it.

Aluminum on the other hand is definitely one of the most recyclable materials out there. It is a simple process of melting it down, purification and formation into ingots of aluminum.

Multimedia
Bring on the 30" imac.Make that a Dual Link DVI Port so you can span with an external 30" display. #1 Reason there's a pressing need for the 23" is because it can display HDTV in native 1920 x 1080 format. This makes the iMac a legitimate TV with the addition of a simple $150 EyeTV hybrid Analog-Digital-SD-HD tuner.

I am predicting the new C2D iMac will have a complete redesign-makeover and look totally different than it does now.

This will be a design they can live with for another 2 years until the end of analog television in January 2009.hopefully this 23 inch one adds something more than just a bigger screen....such as component RGB input which would allow me to hook my my xbox 360 to play. that would RULE.

of course, that is unlikely.

does anyone actually know how to use iMac screen to play xbox 360?I agree. The Dell 24" - same Samsung screen - has all three types of analog video inputs. Helps using the display for HDV recordings.

Chef Medeski
The real deal about codecs from Wikepedia:

HD DVD can be mastered with up to 7.1 channel surround sound using the linear (uncompressed) PCM, Dolby Digital and DTS formats also used on DVDs. In addition, it also supports Dolby Digital Plus and the lossless formats Dolby TrueHD and DTS HD.

decode at least the following codecs: MPEG-2, the standard used for DVDs; MPEG-4's H.264/AVC codec; and VC-1, a codec based on Microsoft's Windows Media 9. Realistically, when using MPEG-2, quality considerations would limit the publisher to around two hours of high-definition content on a single-layer BD-ROM. The two more advanced video codecs can typically attain four hours of high quality video.

For audio, BD-ROM supports up to 7.1 channel surround sound using the linear (uncompressed) PCM, Dolby Digital and DTS formats also used on DVDs. In addition, it also supports Dolby Digital Plus and the lossless formats Dolby TrueHD and DTS HD.

So, easily seen. The employ the exact same codecs. The only difference is:

And if Toshiba can make a 6-layer disc... well then that means a 90GB HD-DVD..... not bad. That would pull it in right above the total capacity of my PB HD. 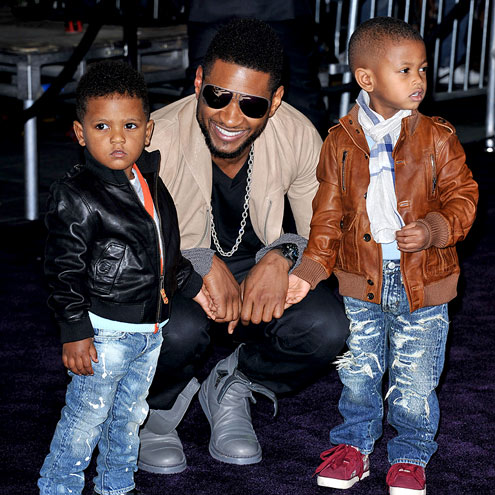 Mine did too. Returned it to Apple, got a new one in 10 days. No bleeding.:D

Naimfan
As for funerals somehow they find out where they are and play music, throw a party, cause a nascence basically to ruin the moment of memory and putting someone to rest. (Emphasis added.)

I reiterate my suggestion you take advantage of the educational opportunities available to you. Your nascent reasoning ability might benefit. ;)

An iMac with an adjustable screen height, with dual C2D chips.

A Macbook with a proper keys on the board.

A new low end range of desktops and notebooks with a core solo chip, for volume sales.

CEAbiscuit
Since there is little to no hope that apple will bring back the 12" casing, my powerbook will have to for now. It just seems to keep chugging... the new (free, because of recall) battery seems to further my resolve in resisting to make a move. The earliest purchase of a new powerbook will wait until next year when I can have a new OS. Simpleton's rule... likemyorbs
There is a big difference between "conforming to" and "tolerating and respecting."

Yeah, but homosexuality is a choice.

That's funny. Your description lists every apple product you own except the iPad 2 :o

ComputersaysNo
I bought a friend a coffee, and he gave me his old 8Gb Iphone 3G :)

rjgonzales
That way, I can stream my music from iPod to Airport Express directly.


I would also love that feature.:D

SciFrog
They are fine on my 07 8 cores Mac Pro. Even light encoding is fine...

Tmelon
I've also noticed that Spotlight has been pretty screwed up. First off it's been indexing every other day which is unnecessary, and while it's indexing it will say ridiculous things like "35 hours remaining" with it finishing soon after.

I think they mean minutes. :rolleyes:

yac_moda
Ah, those were the days.

A one page web-site, drooling capital venurists, a silly name like "BoxOfRox.com", and the day of your IPO your stock was $100 a share. Set for life I tell ya.

NOT NEAR AS BAD AS THE ROARING 20s when many IPOs were openly pyramid schemes -- pyramid scheme TODAYS HOUSING MARKET :eek: :mad:

Have you ever noticed that old timers LIKE pyramid schema !!!

I guess that is why DELL was once sooo popular :rolleyes:

dguisinger
Have you tried rubyonrails? I've done some webservices for testing, and this is very slick.
Just give it a testdrive (www.rubyonrails.com)

Not really what I'm looking for, I'm trying to connect a Cocoa-app to a web service with minimal work; Rubyonrails looks like its primarily for developing web applications. But thanks anyways.