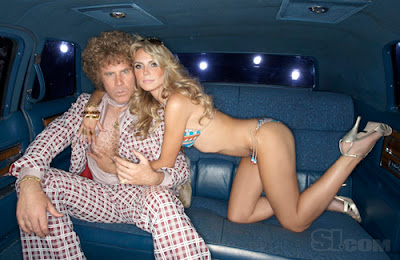 Will Ferrell reached the highest peak of success a comedian can aim for. Like Chappelle or Rock before him, he became the most quoted man in America… And just as quickly became the lingering jokester that everyone was finished with.

Ferrell graduated from USC in 1990 with a degree in Sports Information. However, being a sports broadcaster was clearly not his destiny. Ferrell spent years after graduation working on his improvisational skills in a comedy troupe called “The Groundlings.”

In 1995 Ferrell got his big break, becoming a cast member on SNL. He had one of the most beloved stints on the show from 1995-2002, during which he was hilarious as George W. Bush, Shaft, Alex Trebek, Ted Kennedy and many more.

Ferrell quickly was becoming an extremely well known comedian, and his films began to reflect this. At first he would always play supporting roles, such as in “Zoolander,” or “Jay and Silent Bob Strike Back.” But these roles started to get replaced with starring roles in films such as “Old School,” “Elf,” “Anchorman: The Legend of Ron Burgundy,” and “Talladega Nights: The Ballad of Ricky Bobby.”

When you make a photocopy of a photocopy of a photocopy, the quality becomes nonexistent. So too did Ferrell’s funny, when he attempted to make watered down versions of his beloved films. Trash like “Semi-Pro,” “Blades of Glory,” and “Land of the Lost” proliferated theaters everywhere. Across America, people kept over hearing others say “why do they put him in everything? He’s not even that funny.”