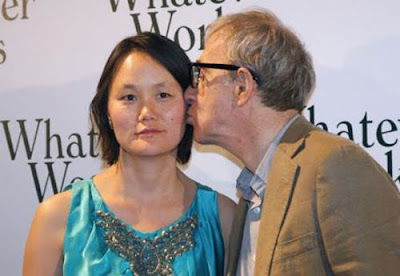 Woody Allen is perhaps the most neurotic, self-absorbed comedian ever to gain way into celebrity through his funny. He was born in Brooklyn before World War II, and his real name is Allan Stewart Konigsberg. He is as Jewish a person as they come, and his acting, writing and directing all reflected this identity, which was always portrayed as being directly connected with his own self-hatred.

Although a talented standup in his own right, Allen broke into showbiz as a comedy writer working for “The Ed Sullivan Show” and “The Tonight Show” in the 50’s. As a very young man, he was making pretty serious bread. Allen quickly moved on to become a successful Broadway playwright, and just as quickly began writing and directing films.

Allen’s filmography is ridiculously wide and varied. He worked at a furious pace, starring in many of his own features with a long list of stars that includes Peter Sellers, Diane Keaton, Mia Farrow, Jeff Daniels, Anjelica Huston, Will Ferrell and Scarlett Johansson, just to name a few. He directed and starred in the incredible “Annie Hall,” “Manhattan,” and “Radio Days” in the late 70’s and 80’s.

During this time, he started a 12-year relationship with actress Mia Farrow. Although they never married, Farrow and Allen adopted two children, and had one of their own as well. Farrow had an adopted daughter from a previous relationship, named Soon-Yi Previn. In 1992, after being together for 12 years, Farrow discovered naked pictures of Previn in Allen’s possession. Sleeping with your stepdaughter is a clear recipe for losing your funny. Farrow sued for custody of their children, and alleged that Allen had also molested their adopted daughter Dylan, who was then 7. Farrow won custody of all three children.

Allen called being caught by Farrow “just one of the fortuitous events, one of the great pieces of luck in my life.” His films and funny never recovered from his gross, terrible act of paternal betrayal. His pride in his actions is even less funny, and for this he made the list.