Needless to say last Saturday wasa total blowout, it was time to get some fresh air and light exercise into the system. Just south from Melbourne along the southern coast is the "Great Ocean Road". Considering that our ferry to Tasmania didn't leave until that night (we eventually missed it and flew) we decided to go hit the road.

Very windy-windy, stunning views, great little surf villages all along (the Bell's Beach Ripcurl tournament started there 2 days later) and the famous "12 appossels", a group of rock formations along a section of coast formed over millenia of tides: 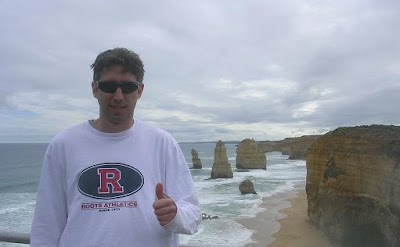 Later that afternoon we moved inland and lone behold drove through the now famous in Canada "Colac", home of the 3 "Backpackers" on OLN (just read that they are starting a sequel). Well there's definatly not much there, but there was one interesting thing for this Canadian: :-) 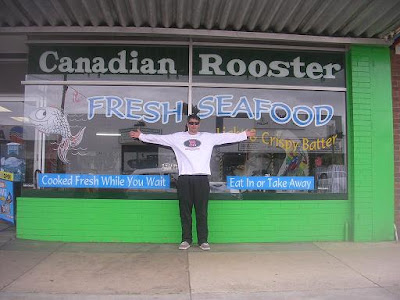