Off To Melbourne... Maybe

After a crazy night out in Sydney catching up with old friends and having good times we had to catch an obscenely early 6:15am flight to Melbourne for the weekend. Yeah that didn't happen. At 5:45 we awake to start a mad dash for the airport. Ninty minutes and $400 later we are finally in the air on our way to Melbourne: 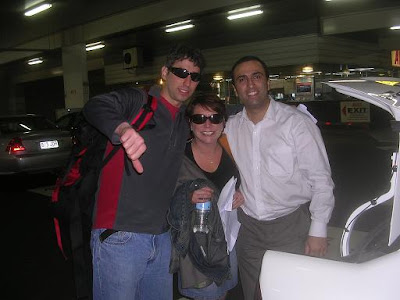 Oz took it like a trooper and headed straight to work upon arrival, while some of us took the opportunity to sleep off the in-flight beers (no joke): 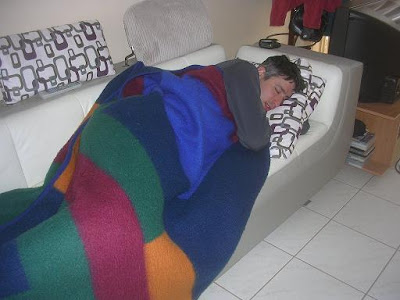 The whole reason for the rush to Melbourne in just my 3rd day in Australia was to catch the opening season AFL game at MCG stadium. Of course this was my first AFL game live in stadium and it totally lived up to expectations: 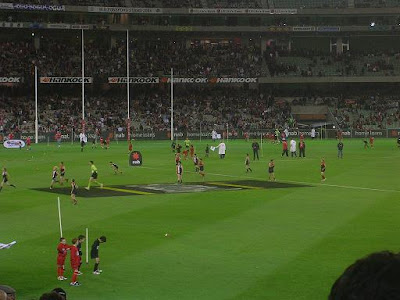 Exciting game, even if Melbourne did eventually check out and get blown up by St. Kilda :-( 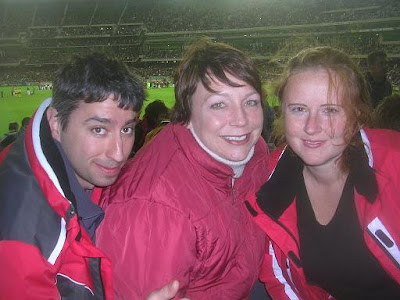 Friday night in Melbourne starts with a bang, and it was just an indication of what was to come Saturday night...
Posted by admin at 2:34 PM