The 10 Most Bizarre Items Ever Auctioned Online 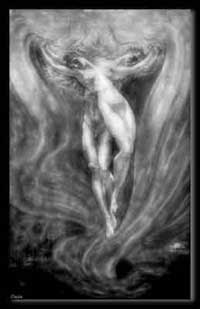 In late 2007, an American man tried to sell his soul for $1 million dollars on the net. He said that the reason for selling his soul was to raise money for the Christmas season. He also said that the proud owner would be allowed to take the soul home in a glass jar along with a contract relinquishing ownership.
The following is a quote that the man had said about his soul,” I’m not really using it lately - and selling it on the internet is better than letting the Devil have it.” The soul never sold although it doesn’t appear to be still up for grabs. FYI: In the past somebody’s soul was successfully sold for $400.
A Serial Killer’s Fingernails 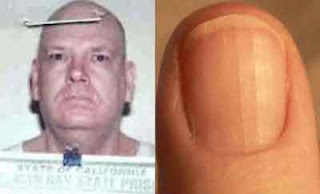 One of the weirdest things ever sold was a serial killer’s cut fingernails. In 1979, two men named Lawrence Bittaker and Roy Norris rode through southern California on a killing spree that resulted in at least five victims.
Years later Roy Norris, the man in the mug shot above had his fingernail shavings that had been taped to the back of a Christmas card sold on the net. His fingernails only sold for $9.99 but still stand as one of the scariest and weirdest things ever sold on the internet. 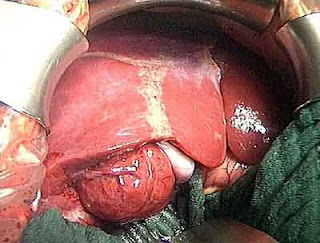 Another crazy item that was put up for sale on the net was someone’s liver, which is the body part in the picture above. A guy from Florida tried to sell part of his liver for a possible organ transplant. The price for his liver reached $5.7 million dollars before being eventually pulled from the website it was being sold on. It was removed because it is illegal to sell body parts over the internet 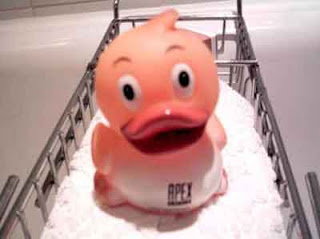 Another very odd item sold on the internet was a haunted rubber ducky. In 2004, a man sold a so-called haunted rubber ducky, resembling the one above. He said his one and a half year old son had been telling weird and scary stories about fights that he and the duck had had. Also he said that his child had been bitten by the duck, making the child mean and vicious, and causing him to throw the duck across the room. After only 7 days on the site the rubber duck sold for the price of $107.50. 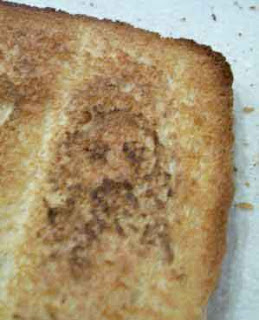 The seller of the product in the picture above had accidentally burnt his toast in a toaster. Before throwing the piece of toast away, he suddenly noticed the face of Jesus on his toast as if by some type of miracle. He put the odd piece of toast up for auction with the starting bid of $.99, although this piece of toast never ended up selling.

In March 2000, a leftover piece of French toast, half-eaten Justin Timberlake of N*SYNC was sold on a website. The entire group of N*SYNC was on the Z-Morning Zoo, some sort of TV show, on March 9th. On the show, Justin only ate one bite of his French toast! The seller said that the buyer would get Justin’s half-eaten French toast, the fork he used, and the plate…complete with extra syrup! After a total of 40 bids and not even two days on the internet, the French toast was sold for a total of $3,154 dollars.

In April 2005, a 33 year old woman named Melissa Heuschkel auctioned the rights to name her baby on the internet. After not being able to decide what to name her fourth child, Melissa decided to turn to an online bidding site. The rights for naming her child sold for a whopping $15,100 dollars. The online casino site named GoldenPalace.com bought the right of naming her baby. The casino website decided to name the child GoldenPalace.com. The image above is a picture of newly born GoldenPalace.com. Melissa said that the money received would go towards caring needs and toys for the new born baby. 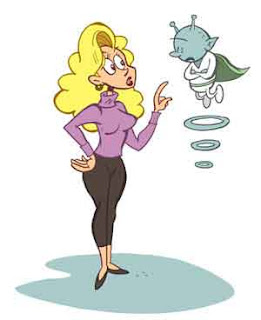 Another odd thing sold on the net was a guy’s imaginary friend named Jon Malipieman. The image above is a picture of this imaginary friend Jon Malipieman, and as you can see he is imaginary. The man that sold Jon lived in the UK and said that he was selling Jon because he felt like he had grown out of him.
In the listings for the product the seller stated the following: “My imaginary friend Jon Malipieman is getting too old for me now. I am now 27 and I feel I am growing out of him. He is very friendly. Along with him, I will send you what he likes and dislikes along with his favorite things to do and his personal self portrait.” His self portrait is the picture you see above. Amazingly Jon Malipieman got 31 bids and ended up selling for over $3,000 dollars. Now that is Wacky. 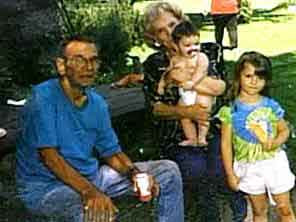 In 2004 a so called Ghost Cane was sold on a bidding site. A woman in Indiana her dead husband’s metal walking cane up for sale in hopes that her scared grandson would think that his grandfather’s spirit would leave their house when the cane was sold.
The image seen above is actually a picture of the dead grandfather who is to the left, along with the scared grandson who is in the ladies arms. Her six year old grandson son thought that the grandfathers’ spirit was haunting their home, causing him to be scared of everything. The cane received over 132 bids and sold for the price of $65,000 dollars. The buyers of the cane actually ended up being GoldenPalace.com. 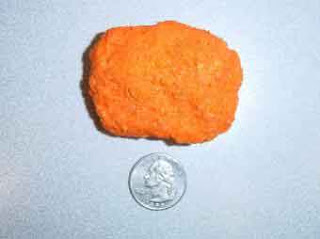 In 2003 the worlds largest Cheetoh was put up for sale. The Cheetoh weighed more then a half an ounce and was as big as a kiwi. The image above is a picture of the giant Cheetoh and as you can see it is huge. The man who discovered the Cheetoh was Mike Evans. Before the Cheetoh could be sold it was taken off line and donated to a small town as a tourist attraction. Before being taken offline, the Cheetoh had received bids of up to $180 dollars and still had days left in the auction.
Posted by admin at 1:36 AM