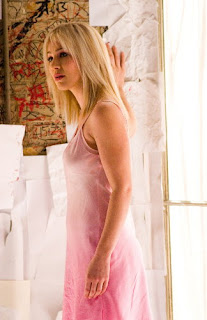 Attended the Juilliard School for Drama.[1] She has had some experience on both stage and screen in Shakespearean roles. In 2004, she played the role of Portia in the critically well-received film The Merchant of Venice, based on Shakespeare's play, starring opposite Al Pacino, Joseph Fiennes and Jeremy Irons. She is best known for her role as Kayla Silverfox in the live-action film X-Men Origins: Wolverine.
Posted by admin at 11:36 PM