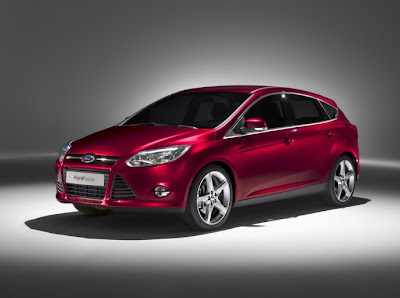 Next-Generation Ford Focus
As the official launch of the 2012 Focus gets closer, Ford has outlined plans on uncovering several variants of its newest hatch. And at this year’s Paris Motor Show, the Blue Oval will reportedly kick off proceedings with the debut of a new Focus ST – known in NZ as the XR5 Turbo. The new Focus ST is expected to be powered by an uprated version of the 2.0-litre Ecoboost inline-four which is the same engine fitted to the Mondeo – but with output boosted up over the current 200 horsepower.
In ST form the engine should produce about 250 hp and near on 260 pound-feet of torque, with max torque arriving low in the rev range to help balance high-revving antics with respectable around-town driveability. The ST should reach 100kph in under six seconds with much improved economy over the outgoing model.
It was earlier this year that Ford acknowledged that it was developing a “global” performance version of the new Focus, but hasn’t stated what markets it will be offered in. Although NZ has missed out on the top dog Focus RS in the past the ST will most likely find it’s way down here sometime soon.
Posted by admin at 7:43 AM