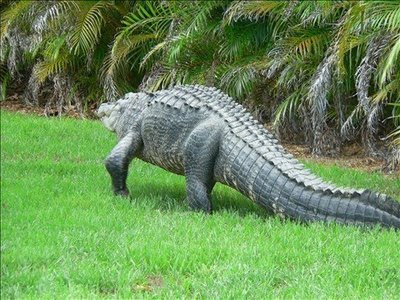 Police officers are shocked as to how an alligator made it to a side yard in New York. Officers were called in by a resident on Tuesday. The animal control officers and the police were able to capture the reptile.


The officers are stunned as to how the 3-foot animal got to the place. It is also not yet known for how long the animal has been hiding at the location. The animal was found at Jamestown and the call was made to the police at about 7:45 am.

The animal was taken away from the location into a much safer place. There have been other instances where alligators have found themselves in the yard of residents. In 2008, a video was posted on YouTube showing an alligator on the yard of a property. In both cases, no injuries were reported after the incident.

On Monday, another alligator reaching about two-and-half feet was spotted and captured on Long Island Expressway. The police have offered a reward for any person who will provide information on how the alligator got to the place. The Suffolk SPCA said anyone who provides information leading to the determination of where the animal comes from will be given $1,000.