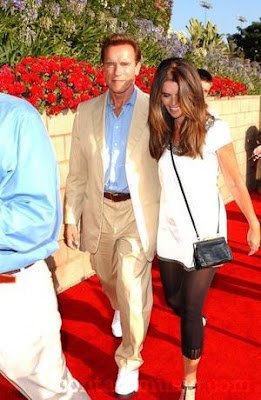 It has emerged that Arnold Schwarzenegger’s love child looks like the actor himself. The mother — Mildred Patricia Baena (Patty) – was a housekeeper/assistant for the family for more than 20 years. Her jobs included cleaning, laundry, cooking and other chores, reports TMZ.According to the sources, in the late 90′’s Baena began to ‘pursue Arnold’. She told friends they would have unprotected sex during the day at the house. Baena never slept overnight at the house and no one ever caught them in the act. When she became pregnant, she didn”t tell Schwarzenegger that he was the father. The star didn”t learn he was the daddy until the boy was a toddler. Baena — who made 1,200 dollars a week — was treated well by Schwarzenegger once he found out. Sources said that he was always “generous.” Baena — who has recently retired — now lives in a four-bedroom house with a pool, several hours outside of L.A. with the boy and her three other kids.It is estimated that a whopping 400 million dollars at may be at stake in the divorce between Maria Shriver and Arnold Schwarzenegger.Schwarzenegger was a self-made movie star and Shriver was a Kennedy, who had worked in broadcasting for many years.According to the scant details available, the estranged couple have an estimated net worth of more than 200 million dollars with some estimates putting it closer to 400 million dollars, reports CBS News.Regardless of what each of them brought into the marriage, they live in California, one of ten community property states.According to the report, when a couple gets divorced in a community property state, the assets are apportioned based on very specific rules. Community property is defined as the money you earn or acquire during the marriage and is co-owned by both parties, regardless of who earned it or whose name is on the title.The law requires that the community estate be divided equally if there is no written agreement to the contrary. But if the couple had entered into a pre-nuptial agreement prior to their marriage, the split of assets may have already been determined, which would certainly make the financial part of the process easier, the report added.
Posted by admin at 8:28 AM