roland.g
Maybe this is Apple's answer to all the clamour for a miditower. a 23" iMac give you more screen real estate, still can do 2nd monitor, built in iSight which ACDs don't yet offer, if they up the RAM capacity to 4GB, give 3 GPU options and find a way to squeeze in a 2nd HDD, then you will never see a miditower. They won't need to offer it.

mi5moav
I actually prefer the rental method. I have so many movies I've bought over the years and on average I've watched them maybe 3 or 4 times. Yes, some I've actually watched 5 or 6 but alot of those now are shown on Network, and with HD tv and tivo I won't buy any new ones. But we still rent(for free, from our library) anywhere between 6 to 8 movies a week. So, if the new itunes video store can rent rent movies at .99 cents for a 3-5 day unlimited viewing I'm in. At 1.99 I might rent a few at 2.99 I really doubt it. at 4.99 no way in hell.

I still don't understand how QT is capable of doing this since Apple hasn't really implemented any kind of DRM into there players(fairplay, is a joke) 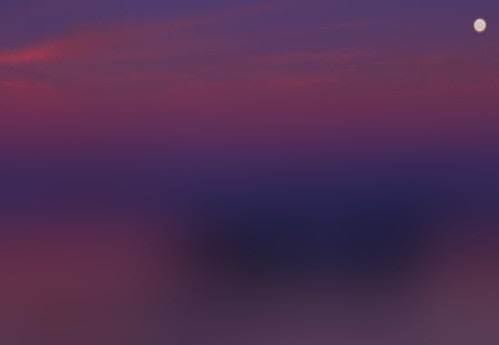 Galaxas0
Actually, I'm talking about JUST the content within the window, and only Safari Fullscreen Mode can do it. I'll post a pic...

dextertangocci
As to just web-surfing.... In the time of few years my internet-connection has moved from 512KB to 8MB. I could go to 12 or 24MB right now. The speed-increase has been FAST.

Wow. In South Africa the fastest internet connection we have is 1MB, or if you get HSDPA, 1.*MB:o :( :rolleyes: Plus it's a RIP OFF!!:mad:

razzmatazz
Happy WWDC Eve everyone! May tomorrow bring you everything you wanted! :rolleyes: ;) :D

Am I supposed to leave out cookies? :p :D Rodimus Prime
He's young. 16 if I read his other post correctly about the wedding. So his attitude towards driving is expected. I used to streetrace after I got my license and held similar disdain for autos and people driving autos (including my dad). Experience and age mellows attitudes..... sometimes.... hehe.....

That explains a lot. being 16 means he has very little real experience in driving and a pure rookie at it. The joy of driving is still in his system. Now days most of the time driving for me is a way to get from A to B.

Driving in traffic every day like i said really made me consider going Automatic. hard to do a low speed crawl in a manual. 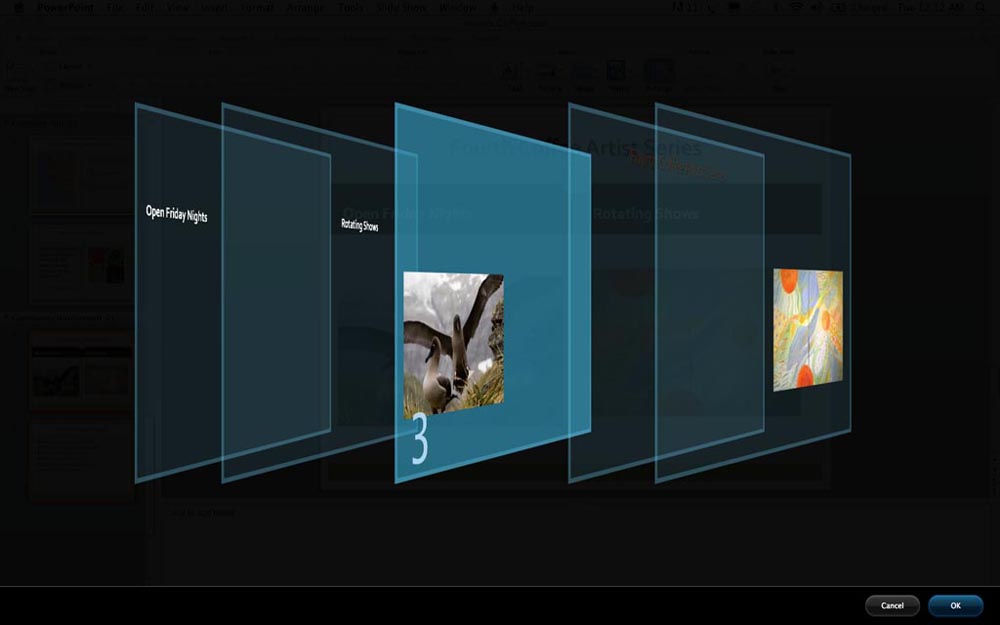 ciaran00
This doesn't sound like Apple at all. I call shenanigans.

And HP Touchsmart sucks (to me).

cube
Uhh, ok? You linked to a video where the HD 3000 is going against an unreleased APU from AMD. May as well have posted a comparison to the GMA 950 to the 6990. :rolleyes:

I never said there was nothing better than the Intel 3000, I said it doesn't suck as bad as he makes it out to be(or AMD's unreleased propaganda, or you).

With only a couple months difference in release date, Sandy Bridge is a bad purchase.

Remember several months ago when there were rumors circulating about an app that would trump Final Cut Studio? It was supposed to make FCS the "mid-range" suite. So, it would be iLife, FCS, and the new killer app. I remember the rumors mentioning something about it being a sort of "all in one" app. Final Cut, Motion, and Soundtrack all in one.....something like that. Anyways, we will definitely see new iPods, though it will only be a storage bump, and yes, I see Disney movies kids, but that's it for the downloadable movies.

What else might be introduced is anyone else's guess. Rarely have these types of events been used for "pro" stuff, but...hey, who can predict what Steve will do.

Baseline
This is true, but there are still many many ways to optimize the multi-core processor that's not currently being use.

For example, I am waiting for a program to compile right now. Although I have a dual core on my computer, the compiler only compile one file at a time and usually takes about 10 min to do a full compile . If I have an 8 core computer with a multi-threaded compiler then I can cut the total time to jsut over a min + couple of seconds for linking time.

You know that if you have multiple processors, you can tell the build process to use them all, ie. compile multiple files at the same time!

Really though, this is just an example of what I was already talking about, namely doing tasks A,B,C and D, where A,B,C and D have no dependence on each other. babyj
Whilst I'm not Microsofts biggest fan, their Media Centre is pretty good, actually its a lot more than pretty good - even I'm tempted. Once you've got Media Centre running on your PC, you can hook up a �200 Xbox 360 to access all the content (music, video, digital tv etc). The PVR side of Media Centre is excellent as well.

If the iTV is going to cost �100, it will need to do something pretty special to be a success - everything that Microsoft offerings can do at the very least.

bokdol
one of the key differences between the xbox and zune. is that microsoft only had to contend with 2 other players in the video game indistry. the ipod maybe top. but there are hundred of other companies to battle first just to reach second place. and also phone companies. spending money maynot help them like in the case of the xbox.

valanchan
Just read something today to the effect that Peter Jackson is following James Cameron's lead and shooting 48fps on the "Hobbit"; gambling that enough digital theaters will upgrade to 48fps by the time the "film" arrives in a couple of years time. Guess that is the beginning of the end of the "film" look for at least action movies.

This is so that each eye receives 24fps for 3d. So finally 3d will now look like a 3d "movie" rather than a 3d flip book.

FubsyGamr
Ok guys, I'm torn between two cases. First of all, I just got a case from Amazon, the MiniSuit, and I hate it! )= This was my first case for my first iPod Touch, and I was very disappointed. It is silicone/rubbery, but it is like a magnet for lint, hair, dust, and anything else I don't want to go on it. I put it in my pocket (my pockets are relatively clean, nothing too out of the ordinary) and when I pulled it out, it was just covered in lint. I tried to brush it off, but it won't 'brush off' because the rubber is too sticky. Also, the case is not snug at all, and the sides are always slipping off. Not happy. I am returning the case.
http://www.amazon.com/gp/product/B0041PIGMY/ref=oss_product

So now, after scouring these forums, I have seen two cases that I think I will like a lot, but I am not sure which I should get. I am hoping some of you will have some personal experience and can help me out!

The first is the dermaSHOT (http://www.myincipio.com/product/IPOD_TOUCH_IP-900/iPod-touch-4G-dermaSHOT-Silicone-Case---Black.html). I am worried, however, that I will have the same problem with lint-magnet, because it is also made of silicone. Any ideas there?

The other is one of the Melkco Leather Cases (http://www.carrymobile.com/scripts/main/viewitem-A1ITO4LCFT1BK-ITO4.html). Back when I had my first iPod (it was the iPod 3g or 4g, the first to play videos) I had a case very similar and I loved it! Does anyone have any reviews/tips on this case?

Anywho, any help would be very much appreciated! Thanks!

MCIowaRulz
Well i'll tell you this FCP 5 (floating around in places i won't mention) is around 1.5 GB so If it is on the App store It will be 1 BIG download for me.
(3 Mbps cable line here) 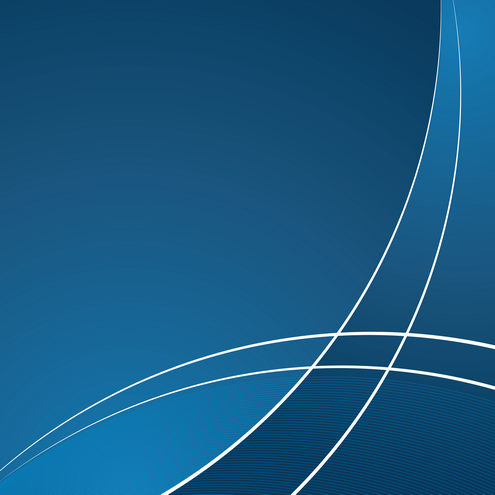 mrgreen4242
No Blu-Ray, as slot load would not be able to have enough cooling-leave it for next Mac Pro.


Huh? Why would a BR drive make any more heat than a 12x or 24x DVD drive? Hint: it won't. It's a disc that is the same size and weight and spinning at the same speeds... the only change is the wavelength of the laser reading the disc.

Decoding the data will take some juice, which will make some heat, but no more than any other CPU intensive task.

Object-X
I think what Jobs is hinting at is integration with all these devices.

Imagine your at work having a video chat conversation with someone and Calendar reminds you of a meeting you have somewhere. You get up, flip open your phone and your video iChat session automagically transfers over to the phone. You walk down to your car and get in, close your phone and you're still talking over the car's built in phone/iChat system. Your GPS screen rotates like a cube and shows the location of your meeting in your calendar, rotating back to your conversation. You end your call and tell your onboard system to send an email to your party indicating your on your way, ect..

You could come up with all kinds of scenarios. Your Mac, your iPhone, iTV, email, calendar, GPS, iPod, all synced to each other and integrated without any interaction by the user. Only a company like Apple could pull it off seemlessly.

You know exactly how well that will work.

archurban
zune people don't seem to agree what it is bad. they just deny the true. here what they are ridiculous.

DavidLeblond
if this turns out to be true, here's my prediction on the pricing:

Wishful thinking (both yours and mine).

BJMRamage
what I thought would/could happen with iPhone/iPads/iPodTouches. With Airplay this would be even better. pretty much how i had envisioned it with teh iDevice as teh Gyro-scopic motion joystick