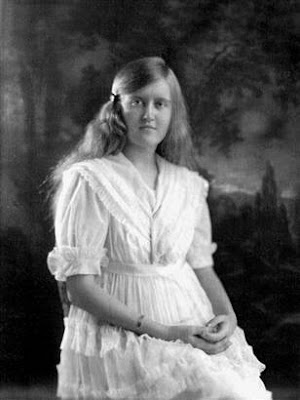 Huguette Clark Dies at 104. Huguette Clark, the famously reclusive multi-millionaire heiress, has died in a New York City hospital at the age of 104.
Clark died Tuesday morning in a hospital room where she was receiving hospice care while registered under a fake name, according to MSNBC.com's investigative reporter Bill Dedman, who has followed the mysterious Clark and the controversial handling of her incredible wealth in the last several years.

The cause of her death was not immediately known. In recent years Clark's eyesight had failed and her hearing was weak, and at times she had been unwilling to eat, said Dedman.

Despite her vast wealth and relatively good physical health, Clark was "intensely shy" and had been living secluded in a hospital room for the past 22 years, reports Dedman. One of her attorneys represented her for 20 years without meeting her face to face, instead talking through a closed door.

Email ThisBlogThis!Share to TwitterShare to FacebookShare to Pinterest
Labels: Huguette Clark Dies at 104