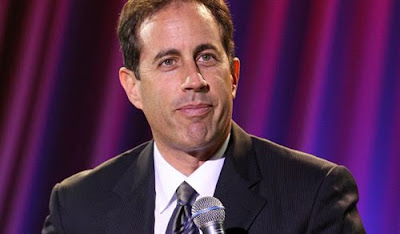 Seinfeld is a genius, both in standup comedy and the sitcom model. He revolutionized them both and still managed to be unable to hold on to his funny after his youth, but these days he’s a bit long in the tooth.

Seinfeld’s break came in 1981 when he got a chance to be on “The Tonight Show,” impressing Johnny Carson mightily. Soon after, Seinfeld ruled the standup club and television circuit.

It was in 1989 that he would change sitcom history forever with his and Larry David’s “Seinfeld”. The intricate plotting, real life situations and malicious protagonists made the show the most popular sitcom on TV. The show ended in 1998, but you’d never know it from how often it’s still aired on TV. Today, Seinfeld continues to blow the minds of children who discover it.

After the series ended Seinfeld went back to work on the standup circuit. He published a couple of books, rehashing Seinfeld bits. He starred in an animated movie, and even guest-starred in his former co-creator Larry David’s “Curb Your Enthusiasm.” But mostly, he bought himself fancy cars and houses with all the money he made, and with great dignity and class he retired his funny. Seinfeld laid it in the ground gingerly, and decided to move on to a life of treasures. Most people’s funny leave them in the middle of the night, when they are completely unaware and thus don’t even know what happened to it. Seinfeld, however, was in control of his funny the entire time.