Moby Has Crush on Britney Spears 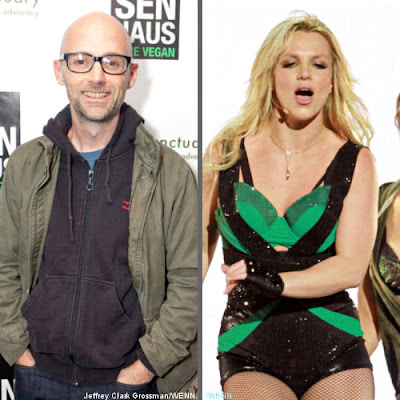 Moby has developed an unlikely crush on Britney Spears, the Sun reports.

The hip electronica artist said he'd marry the former megastar and tabloid target "in a heartbeat."

"She's like this Tennessee Williams tragic figure," he said, according to the Sun. "The fatter she gets, the weirder she gets, the more I love her. I found her moderately appealing in the late '90s, but now I would marry her in a heartbeat."

James Spears was named co-conservator of his daughter's estate Feb. 1 after she was twice hospitalized in a psychiatric facility. Conservatorships are granted for people deemed unable to take care of themselves or their affairs.

She has since shown signs of improvement, appearing successfully on the CBS sitcom "How I Met Your Mother." Her ex-husband, Kevin Federline, has custody of their two young sons.
Posted by admin at 3:07 PM