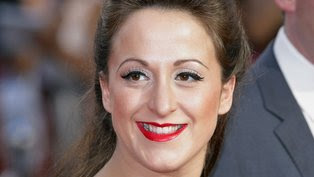 Natalie herself was allegedly left with a black eye after the incident.

A source said: "Natalie and Adam have had a bit of a fiery relationship for a few of weeks now.

"The row escalated before reaching a head on Sunday afternoon.

"By the time Natalie called the police she was miles away from Adam.

"At the moment she doesn't want anything to do with Adam and thinks it best if they have some time apart."

The source added to The Daily Mirror: "Adam is now staying at mates' houses and trying to keep a low profile until his magistrates' hearing next week."

Natalie was spotted looking withdrawn and worried at her home yesterday.
Posted by admin at 7:31 AM