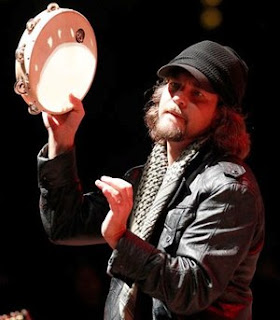 The album is called "Ukulele Songs." It features a collection of original and cover songs all played by Vedder on the ukulele.

The album will be released May 31.

"Longing to Belong," the first single off the ukulele album was released Tuesday.

Pearl Jam will also release a live concert DVD "Water on the Road" on May 31.
Posted by admin at 3:24 PM