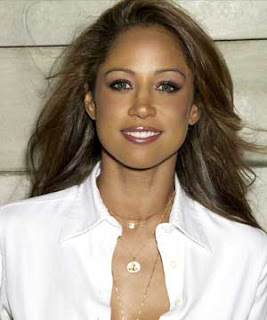 Stacey Dash vh1. Apparently Stacey Dash and LisaRaye McCoy are not playing nice on their smallscreen set. Us Weekly reports that Dash is pulling a diva maneuver on the Queen Latifah-produced "Single Ladies." On Tuesday, Dash reportedly ran off set screaming, "No, I ain't coming back unless that b*tch gets her as* kicked!"The 45-year-old Celebrity Circus star was referring to LisaRaye McCoy. The US Weekly source adds that everyone on set was "stunned," because McCoy, 44, was an innocent wall flower according to the source.

"It was an intimate dinner party scene so everyone was in cocktail dresses," the source says. "Stacey was screaming and running around in thousand dollar Louboutins!"

Read More:monstersandcritics
Posted by admin at 7:07 AM