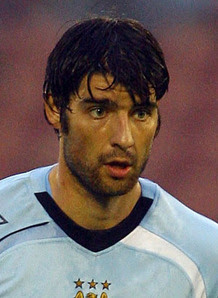 Vedran Corluka watch to nightclub waiter. Vedran Corluka, a Premier League footballer, gave his £36,000 watch to a nightclub waiter who had admired it, according to reports.
The Tottenham Hotspur defender was at Whisky Mist in Mayfair, central London, when the waiter complimented him on his diamond-encrusted Hublot watch, it is claimed.

Corluka, 25, nicknamed Charlie by fans, promptly took off the watch off handed it over, according to The Sun.

In return he received the waiter's £150 Seiko.

A source at the club told the newspaper: "Charlie took it off and handed it to him. Then he spotted the waiter's watch and said he liked it. He said, 'Let's swap'.

“The waiter thought he was joking. Charlie's a lovely bloke and always polite."
Posted by admin at 7:33 AM