William & Kate's have busy plans in US, Canada

William & Kate's have busy plans in US, Canada 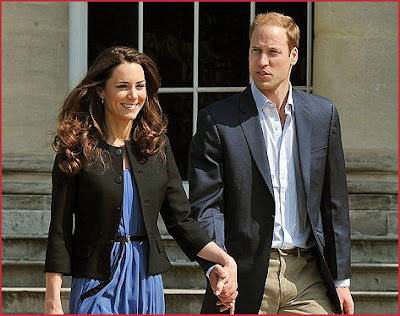 William & Kate's have busy plans in US, Canada. Planning for any Royal tour is detailed, to say the least. But the input Prince William and Kate are having on the schedule for their first overseas tour as a married couple is said to be extraordinary.

The Duke and Duchess of Cambridge are leaving little to Royal flunkies and Government administrators – instead both are involved in just about every aspect of the planning.


They leave for Canada on June 30 on a much-anticipated visit that will be followed by a trip to the US, where ‘A’ list celebrities in Los Angeles are already falling over themselves to get the hottest tickets in town.

The result of William and Kate’s planning will be revealed in more detail by St James Palace this Monday. Reporters have received a background briefing already, but the finer details are embargoed.
What’s certain is that the Royal couple wish for the visit to reflect their interests and age. That will ensure William is able to represent the British Academy of Film and Television Arts (BAFTA), of which he is president, in Hollywood when they move to the US leg of their tour on July 8.

There is even talk of a cricket match and tea party to promote the UK.

It is also being reported that Kate had asked that they work in a trip to Prince Edward Island during the Canadian leg of their tour. Tourism officers there can hardly containing their excitement over claims the Anne of Green Gables novel may have inspired William and Kate’s trip to the province this summer.

“We do hope that Kate is a big Anne fan, that there is some truth to that,” said Brenda Gallant, marketing director for the P.E.I. Department of Tourism.

“It would be exciting to have her here to experience the beauty of the Island as Lucy Maud Montgomery saw it.”
With all the details set to be revealed shortly, there is still plenty of work to do, especially for Kate. With the world’s eyes on her, there will be fevered coverage of what she wears.

With that in mind, she has been busy putting together a wardrobe to wow Canada and the US.

She is expected to be putting together at least 40 outfits to ensure she has something for every possible occasion.

A former Palace aide said: “A first Royal tour places immense pressure on a young bride because everyone is keen to know what the blueprint will be for her life as a Duchess: whether she has a lady in waiting, or a stylist.”

The Palace insists Kate is yet to decide if she wants to take a stylist. If not, then she will have equerries and ladies-in-waiting who will be helping out.

“On tour you cannot iron all your own clothes, don’t have time to unpack, can’t hold all the flowers you are handed and, most importantly, need someone to start chatting in a crowded room,” the insider added.

Both William and Kate have links with Canada. It was there that Prince Charles took his two sons for a vacation after the death of Diana, the Princess of Wales. While Kate has family ties – her late grandfather served as a trainee bomber pilot close to Calgary during World War II.

If, as expected, they visit French-speaking Quebec, William will have no problem impressing with his near-fluent French. However, it is believed Kate has been trying to brush up on her French.

Source:buckinghampalacenews
Posted by admin at 3:12 PM

Email ThisBlogThis!Share to TwitterShare to FacebookShare to Pinterest
Labels: celebrities news, kate and william, kate and william in usa, Lady Gaga Arrives by Private Plane in Canada Wearing Another of Her Revealing Outfits, William and Kate's have busy plans in US